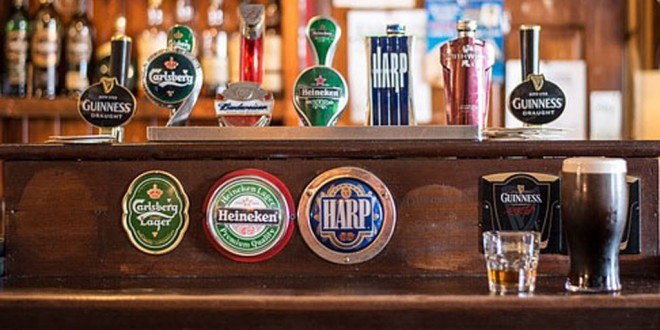 PUBLICANS in Clare have reacted positively to news that pubs will be allowed to open three weeks earlier than planned, but have voiced concern that the two metre social distancing rule will force some rural pubs to remain closed.

Under the accelerated road map unveiled by government last Friday, so-called “wet pubs,” which don’t serve food, can open for business from July 20. Pubs serving food may re-open, along with the rest of the hospitality sector, from June 29. While the news has been welcomed by organisations representing the trade, there is broad agreement that the two metre social distancing rule could mean smaller pubs face closure for the foreseeable future.

In Feakle, Gary Pepper of Pepper’s Bar and Restaurant, said described the two metre rule as “a non-runner,” but expressed optimism about the pledge by the National Public Health Emergency Team (NPHET) to reconsider the guideline.

“We’re looking forward to June 29.” he said. “There is a lot of nervousness and people are being cautious. I had a booking for a pre-wedding gathering in the autumn, which was just rescheduled to June of next year. I would like to think that, in general, people will come out and treat themselves when pubs re-open. People’s health and safety is paramount but the two metre rule won’t be a runner and I would be hopeful that by June 29, there may be a move to reduce that to one metre.”

This view was shared by Clare Chairperson of the Vintners Federation of Ireland (VFI), Ennis publican Darragh McAllister, who won’t be re-opening his own premises until July. “I would also hope that the enforcement officers would adopt a supportive attitude and work with us,” he said. “Those of us who had wet pubs will be looking to learn from those who can reopen later this month. I would ask people to bear with their local and give things a try. Things will be different. Sitting around the bar was always a major attraction. You could go in on your own and not be alone. That will change.”

Mr McAllister, who is also Vice Chair of Ennis Chamber of Commerce, acknowledged that publicans in urban areas would have a better chance of adjusting to the “new normal”. “My heart goes out to in rural areas, because numbers will be down, pubs won’t have the same capacity,” he said. “A lot of smaller pubs will be wondering if they will be able to re-open at all for that reason.”

In Doonbeg, publican Tommy Comerford, said that the layout of some traditional pubs would make the social distancing rule difficult to enforce. “The two metre rule will be practically impossible for small pubs to implement,” he said. “Lots of older-style pubs are small and narrow and the bar would be the main focal point. With the two metre rule, the most you could have would be ten or 12 people. You also have to consider the impact that would have. Ideally, you would be looking to move one barrel a week, because the stock is perishable. All things considered, the two metre rule won’t allow many of the smaller pubs to operate.”

Fiona McGarry joined The Clare Champion as a reporter after a four-year stint as producer of Morning Focus on Clare FM. Prior to that she worked for various radio, print and online titles, including Newstalk, Maximum Media and The Tuam Herald. Fiona’s media career began in her native Mayo when she joined Midwest Radio. She is the maker of a number of radio documentaries, funded by the Broadcasting Authority of Ireland (BAI). She has also availed of the Simon Cumbers Media Fund to report on development issues supported by Irish Aid in Haiti. She won a Justice Media Award for a short radio series on the work of Bedford Row Project, which supports prisoners and families in the Mid-West. Fiona also teaches on the Journalism programmes at NUI Galway. If you have a story and would like to get in touch with Fiona you can email her at fmcgarry@clarechampion.ie or telephone 065 6864146.
Previous No Rise In Clare’s Covid-19 Cases But Five Further Lives Lost Across The Country
Next Clare medical staff play key role in new UL hospital