Home » Sports » Feakle one step away from a Munster final 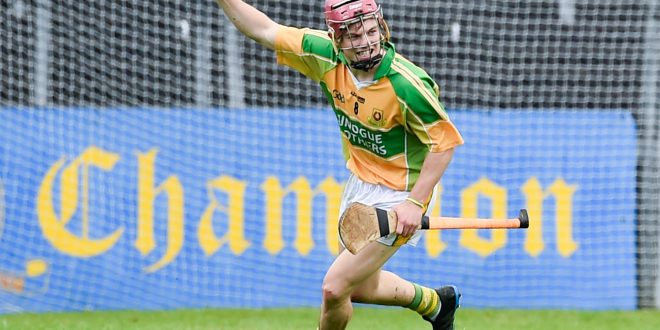 AFTER realising their primary goal, of getting back to senior in their first attempt, Feakle now embark on the provincial journey that so many Clare teams have enjoyed success in down through the years. After last years relegation, Val Donnellan’s men bounced straight back up to the first tier of Clare hurling in emphatic style, coming out the right side of it, 0-27 to 0-16 against Tubber in the Clare intermediate final.
Next up for the east Clare team is a trip to Waterford on Saturday. They will face off against Clonea, with the Rathgormack based side having seen off Limerick champions, Garryspillane in the Munster quarter-final, 1-25 to 1-10 in Faher field last Sunday. The Waterford men come into this one in imperious form, averaging 2-19 in their nine outings to date.
Feakle will definitely be missing one starter from their victory over Tubber. Ger Hanrahan won’t be participating as he is in New York for the fixture, while two other starters are major doubts. Conn Smyth limped off in the county final whereas Gary Guilfoyle was the victim of a freak accident.
“Gary was out with Tommy last Monday cutting timber and a chainsaw hit his finger so he was lucky in fairness. He hasn’t picked up a hurley since. Hopefully, he’ll be alright,” Feakle manager, Val Donnellan, said.
“They’re lively, their fierce fit. A lot of them play football. They were way sharper than Garryspillane. It was a typical Waterford performance, they used the ball intelligently,” Donnellan said of the Waterford champions. Donnellan feels they’ve no marquee player that needs special attention but they’re a dangerous side.
“They have a panel of about 25 players. The five players that came on are equally as good as the lads that started so I’d imagine there is big competition for a place in their team,” he said.
The former Clare inter-county star admitted that it’s difficult to maintain huge numbers at training during the week with players in different parts of the country. The Feakle manager is looking forward to the new experience for his team, who haven’t played in the provincial intermediate campaign since 2014.
“We used 20 in the county final. We’ll be happy enough to use any of those 20 the next day. There are no complaints. We’ll give it a lash and see how it goes,” the Feakle man vowed ahead of Saturday’s semi-final.