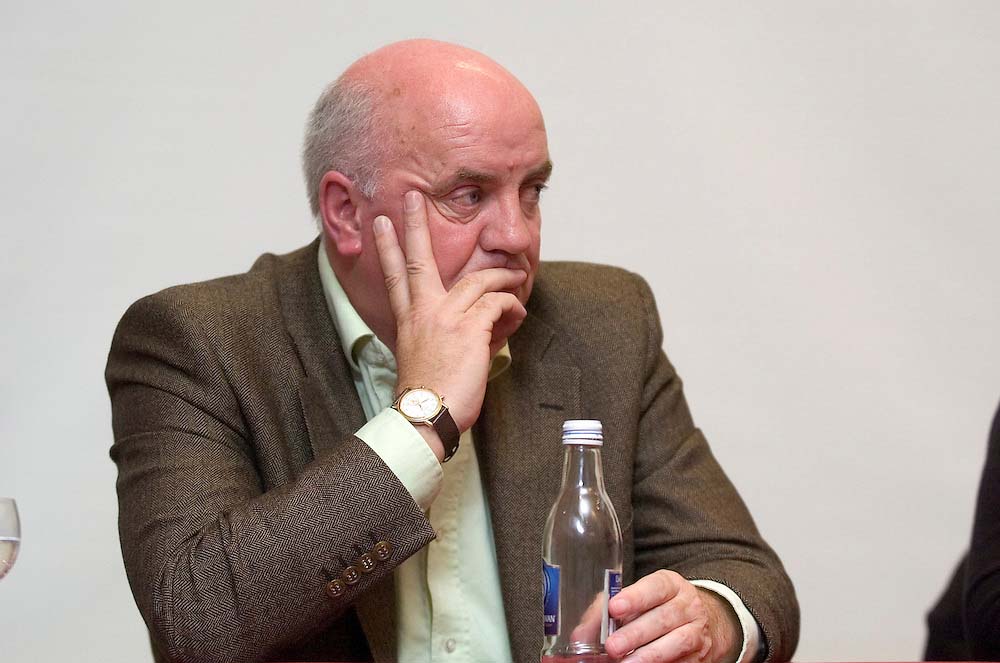 Farrell- Pressure On Cork To Deliver In Banner Tussle

Clare make the journey down to Páirc Uí Rinn this evening to take on a struggling Cork side that have not yet managed to find form in the national league.

Swatted aside by the Cats in Nowlan Park and then overpowered by Wexford on a disgraceful Páírc Uí Chaoimh surface, the Rebels will be desperate to get their first points on the board.

RTÉ pundit and former Galway manager, Cyril Farrell, believes Cork will be fired up or this game due to the pressure they now find themselves under, but Clare’s recent form and strong panel make them worthy favourites.

“Cork have been disappointing so far. I’ve seen both their games and when the games got physical, they didn’t match up at all. The conditions did not suit them the last day, as they’re a top of the ground team, but in both games, when Kilkenny got stuck into them and Wexford the last day – they didn’t match up. This is a big game for Cork. Two losses now and if they lose another one at home, that is not good going into the championship.
“Clare were caught by Tipp in the first round after beating them in the Munster League. They operated a two-man full-forward line in the Munster League final and had plenty of space but it was different in Thurles the last day. Clare stepped it up against Kilkenny though, and it was a right good game. Clare did have a stronger team out, though, they were closer to full strength but they’re playing well and they will be confident going down to Páirc Uí Rinn on Saturday evening,” Cyril believes.

As pointed out by joint manager Gerry O’Connor after Clare’s defeat of Kilkenny, home advantage in the league seems to mean an awful lot, for reasons not readily quantifiable. So, Cork will be looking to make this advantage count and Farrell believes Páirc Uí Rinn may enhance this edge even more.

“Home advantage will be a big plus for Cork on a half decent pitch but it all depends on what type of a team Clare pick. If they go with another strong team, I expect them to come through the game and win. If the likes of Peter Duggan and John Conlon start, and Clare pick a strong team I think they should come through it. It won’t be easy, though, as there should be a good crowd there and you’re very close to the pitch in Páirc Uí Rinn, they’re right on top of you, so that factor under the lights on Saturday night will be a boost for Cork. They will need to start well to get that crowd behind them or they will struggle again,” Cyril warned.

While Clare were disappointed with how they performed against Tipperary in their league opener, they bounced back emphatically with a good display against Kilkenny. But, there was no such revival for Cork in their first home encounter, and many have been surprised with how poor Cork have appeared so far. Not least Cyril who alludes to the fact that only a few short months ago Cork look booked for an All-Ireland final.

“While they do have a few playing Fitzgibbon and they do have injuries with Harnedy out, Conor Lehane on-and-off and Cadogan isn’t back yet either. They need everyone back, but there’s no hiding that they have been disappointing and in the two games so far they were more or less muscled out of it. I was down in time to see their footballers last week and there was nobody following them and by the end of the hurling, there were people streaming out of the ground, as well. They need to get a win. They might be playing it down, but they need a win.
“Cork are trying out new things, Aidan Walsh at full-forward, Cormac Murphy is back again. Don’t get me wrong, they have lovely hurlers and if you give them room to dance, they will dance. You’d have to say they were extremely unlucky in the All-Ireland semi-final last year. If Harnedy had dropped that ball closer to the turf, rather than throwing it up to strike, Nicky Quaid more than likely would not have gotten that marvellous flick in and who knows what would have happened for Cork after that. Cork will feel they should have been in the All-Ireland.

“In that All-Ireland semi-final they did have to bring injured lads back on but they are now trying to build up their panel by trying out Declan Dalton and Conor O’Sullivan, they were good last year at U-21 level. The general public’s view down there is that they need to blood in some youth, but they also will be eager to get some wins under their belt. There’s no relegation this year but teams will still want to be making quarters and semis because you want to be hurling,” Cyril concluded.