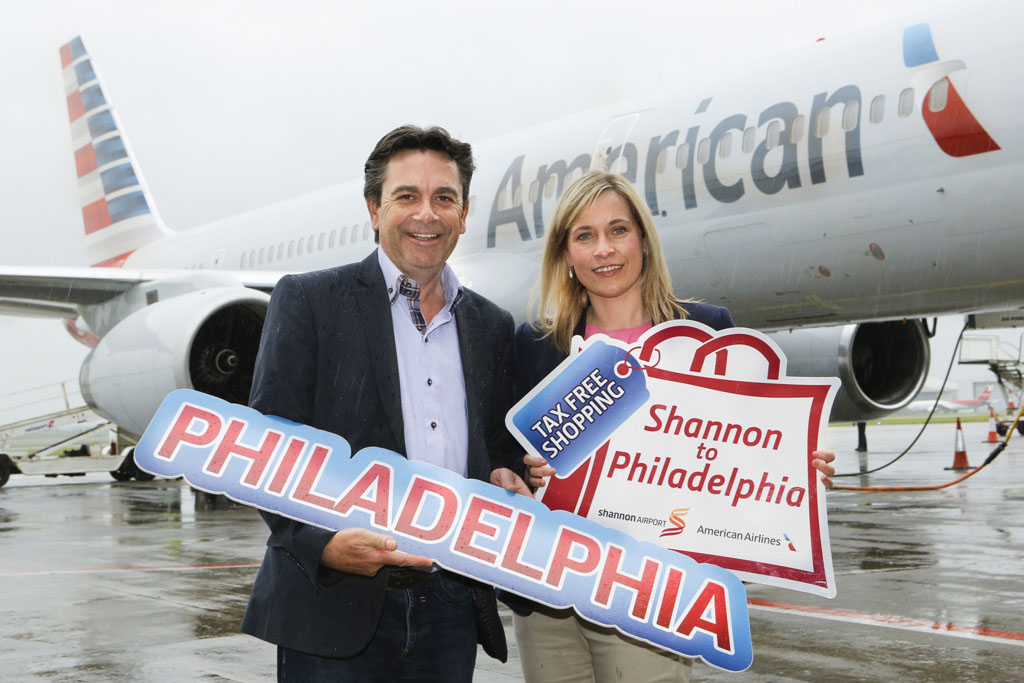 Shannon Airport has welcomed the announcement by American Airlines to expand its Shannon to Philadelphia service in 2018, as the airline continues to build on the growing demand for flights between Shannon and its Philadelphia hub.

Welcoming the increased capacity, Andrew Murphy, Managing Director Shannon Airport said: “The airline’s decision is significant and shows that the service is popular with passengers both sides of the Atlantic. We are delighted with the increase which will add an additional 50 return flights and 7,000 passengers. It is a service that continues to grow, with a 60% increase in capacity already added since 2013.

“The additional capacity will not only have a positive impact for inbound tourism for the West of Ireland providing a boost for the tourism industry along the Wild Atlantic Way, but will also provide increased opportunities for business connectivity as people using the service will be able to connect at the American Airlines leading hub airports. It is also a very popular destination given its historical significance in the US and its strong Irish community. We look forward to partnering with American Airlines on making the expansion a real success.”

The world’s largest airline will increase capacity on the route by 18%. Over 38,000 passengers already use the daily service annually which operates a Boeing 757 aircraft. The airline will commence its 2018 service on April 5, a month earlier than this year, and will run until early October.

Commenting on the significance of the increased transatlantic capacity, Declan Power, Head of Aviation Development, Shannon Airport said: “Philadelphia is one of the airline’s leading hub airports, offering connections to well over 100 destinations across 25 countries. Just last month Shannon enjoyed its largest number of US services in over 17 years, with the launch by Norwegian Air of two new US services to Stewart International Airport, Orange County – just 90 minutes from New York – and Providence Green Airport, Rhode Island. These recent increases illustrate Shannon’s growing appeal in the transatlantic market and bring US capacity at Shannon next year to well over 550,000 seats, with eight services to seven airports on the US east coast.”