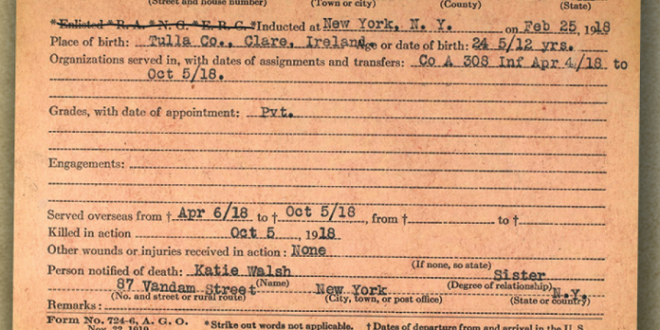 More than a thousand people from one East Clare village passed through Ellis Island on their way to a new life in the United States, according to research undertaken on the parish. An online exhibition exploring the Irish emigration experience to America was launched in Tulla at the weekend and focuses on the town’s emigrants and diaspora.

The community was chosen as the pilot parish for a research project undertaken by the nationwide organisation, Ireland Reaching Out, with the support of the Department of Foreign Affairs and Trade, as part of the Government’s Emigrant Support Programme.

The results of the research and the findings of the study were launched in Tulla Courthouse last Friday.

As well as the online resource, a curated exhibition featuring eight emigrants was hosted as part of the Tulla Reaching Out Weekend of Welcomes, an annual festival that celebrates local heritage and welcomes the diaspora back into the parish.
Epic Journeys Ellis Island brings to life the experiences of people who left Ireland at the turn of the 20th century and passed through the Immigration Station at Ellis Island, before scattering to all parts of North America to begin a new life.

“One thing we learned is that every family has their own story. Every individual that went through Ellis Island has a different life story to tell, from the point they stepped through Ellis Island to their new life wherever it was. It is very interesting to see the variety of places that people settled. A lot of people think that you arrived at Ellis Island and then stopped in New York or the surrounding areas but for many people it was a stepping stone to the Mid-West to the railroads that were being built or wherever the industry was. It was just one step of their journey really and it was a huge step in a lot of ways. Even though many were going to aunts, uncles, sisters, brothers and cousins, there were still a lot of unknowns and nobody knew what was before them in their new life,” explained Jane Halloran Ryan of Tulla Reaching Out.

The full Epic Journeys Ellis Island exhibition is now available on the Ireland Reaching Out website, with a smaller selection on show at the Courthouse in Tulla.

“The exhibition will be in the Courthouse for the next two weeks and we would love to have as many people as possible come and see it during this time. It is open from Monday through Thursday, from 10am to 2pm,” outlined Ms O’Halloran Ryan.

Speaking at the launch, Mike Feerick, chairperson of Ireland Reaching Out, said, “The experience of emigration through Ellis Island is part of the heritage of every Irish parish. This exhibition, shining a light on stories of people from County Clare, leaves us with immense admiration for the mammoth journey they undertook. These stories need to be told and the Tulla community have presented a sparkling template of how this should be done.”

Visiting Tulla for the Weekend of Welcomes, American citizen Blake Dickie, whose ancestors feature in the exhibition, said, “This has been an enlightening and thought-provoking weekend. As a return visitor, I am delighted to be part of the Tulla Diaspora.”
Focusing on Tulla, the exhibition highlights 71 personal stories of people and families who emigrated from Ireland and travelled to North America through Ellis Island. Most were never to return to Ireland again. Where possible, the study traces the descendants of these people, now living as Irish Diaspora on the other side of the world.

“There was one story, that of Patrick Conheady, and I think of it often. He left his widowed mother and several siblings to travel over to New York where one of his sisters, Katie, was married. He worked as a long-shore man in the ports in New York and he was drafted and served in World War I. He was sent overseas and was killed in battle four years after he emigrated. His story is very poignant because he set off for a new life and ended up giving his life for his newfound country,” Ms O’Halloran Ryan revealed.

“He is one of the eight people who is featured in the Tulla exhibition. We researched 71 people who passed through Ellis Island from Tulla but we believe there are more than 1,000 people from the parish who would have passed through it,” she added.

Ms O’Halloran Ryan explained that these 1,000 will not be forgotten and that the group’s research is ongoing. Members of the public who have information on any of the 71 people featured or on anyone else who passed through Ellis Island from Tulla can add the additional details through the online exhibition.

“There is an opportunity for anyone to put up a page for someone who they know of, from Tulla, who passed through Ellis Island. They can do this by contacting us directly by email at Tulla@irelandxo.com,” Ms O’Halloran Ryan stated.

Epic Journeys is a collaborative project involving many people on both sides of the Atlantic and meticulous research of genealogical and local history resources. Members of Ireland Reaching Out paid tribute to Liberty Ellis Island Foundation, Kansas City Irish Center, Tulla Reaching Out and Irish Traditional Music Association for their role in bringing the stories to life. Ms O’Halloran Ryan pointed out that the Clare County Library website proved an excellent resource and includes digitised passenger lists.

“We were working on this for about a year and there were a lot of volunteers on the project outside of Tulla. It was a project the whole of Ireland Reaching Out took on, not just our local community. We were selected as the pilot but this will be rolled out to other parishes,” Ms O’Halloran Ryan said.

In the coming months, Ireland Reaching Out aims to develop this study across the island of Ireland, enabling local parishes to start their own Epic Journeys project and publish their findings online, as part of their Ireland XO parish page. The plan is to extend it and gather more information regarding these journeys from Ireland to the United States, creating a valuable resource for both the parish of origin and the descendants of those who left the community so many years ago.

“There were people we made contact with who were aware that they were of Irish lineage but not aware that they had a Tulla connection. People were very good and very interested and curious and a lot of people, once we got in touch, started sharing photographs with us right away and gave us lots of information about particular individuals in the family. We might have known about one individual from Tulla who went out but then it would turn out that there were five or six from the same family, so there was a lot of collaboration,” she continued.

“One of the people we contacted was a Dominican nun in upstate New York, who is in her 90s, and she was delighted to have her parents featured in the exhibition,” she added.

Ms O’Halloran Ryan also hailed the Weekend of Welcomes as the best yet. “We had a great response. There were great numbers at all the events and a lot of positive feedback from people and people really enjoyed the weekend,” she concluded. 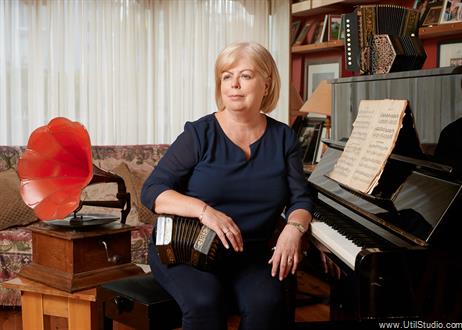