ENNIS and St Mary’s will replay their U-19 tie this Sunday after they played out a 10-10 draw at the Showgrounds last week.

They were in action in a play-off for a place in the semi-final of the league and the replay will go ahead at St Mary’s grounds this Sunday, with UL-Bohs awaiting the winners in the semi-final.
Ennis had already beaten Shannon in the first of the play-off games.
On Sunday, they took the lead when Ronan Boylan got through for a try. The visitors converted a penalty but Ennis struck for a second try, this time from Alan Brandon. Neither Ennis try was converted and this was to prove costly. They led 10-3 at half-time and this was still the score as time ticked away. Shortly before the finish, St Mary’s got through for a try and the points were added from a difficult position to set up this week’s replay.
Ennis will be disappointed not to have won this one as they were the better side on the day. The loss of centre Stephen Collins, who picked up a hamstring injury last week, is a big blow to Ennis hopes for the replay. Collins has been a member of the Munster panel in recent times.
Ennis: Michael Vaughan; Aidan Kenny, Cian Flynn, Stephen Collins, Matthew Lyons; Cathal Duggan, David Ryan; Abdul Ahmid, David O’Connor, Cian McKeown; Ronan Boylan, Adam Ryan; Gearoid Crowe, Alan Brandon, Dylan Tynan O’Mahoney.
Subs: Conor Hayes; Eanna Talty, John Devlin, Robert Hennessy, Darragh O’Loughlin, Tiernan O’Friel, Conor Lynch.

Waterpark  30   St Senan’s  7
ST Senan’s travelled to Waterford to face opposition that had spent the past eight years in the All-Ireland League and they came up against a club that clearly looked intent on challenging for a return to that level again.
Waterpark made their intentions clear from the start when they drove Senan’s deep from the kick-off and were rewarded with an easily converted penalty after just three minutes.
Following this early upset, Senan’s regrouped and with some good wide play by Brian Collins and Jake Egan forced the home side to concede a penalty. Unfortunately for the visitors, the kick did not find its target, leaving the score unchanged at 3-0.
St Senan’s continued to pressurise but could not break through a solid Waterpark defence. When the home side launched their counter-attack, they were awarded their second penalty on 20 minutes. The kick extended Waterparks lead to 6-0.
The home side inflicted further misery on Senan’s when, shortly after the restart, they turned over possession and ran in the first try of the match. A good conversion kick extended the home side’s lead to 13-0.
Following this latest setback, Senan’s took control of the game with some sustained pressure from the pack but again failed to breach the Waterpark defence. After 35 minutes, the home side cleared their lines and found space out wide to run in their second try. Adding a further two points with a well-struck kick, the home side closed out the half with a 20-0 lead.
The second half saw more pressure from Senan’s, who had the lion’s share of possession but found it impossible to break through. The home side added a further 10 points, with a converted try and penalty, extending their lead to 30-0. With just two minutes to go, it looked like this would be the final scoreline but Senan’s were determined not to go away scoreless. Dylan Sonneman finally broke through the Waterpark defence to score a consolation try for Senan’s, which was converted by Jake Egan to leave the final score at 30-7.
This week, St Senan’s travel to Cashel to close out this year’s fixtures.
St Senan’s: Pa Ryan, Ger Hall, Tony O’Brien, Jack Jones, Aaron Skerritt, Aidan O’Callaghan, Dwane Horkin, Ian Fitzgerald (captain), Darren Guerin, Noel Hoban, Brian Collins, Declan Collins, Dylan Sonneman, David Dunne, Jake Egan.
Replacements: Mike Lyons, Mike O’Connell, Chris Sloan, Fran Duggan, John Elsley.

Kanturk  36   Ennis  3
AN inexperienced and understrength Ennis outfit suffered a heavy defeat from Kanturk in this league tie played at the Cork club’s venue on Sunday.
The visitor’s points came from a Bryan Murphy drop goal in the opening half at the end of which they trailed 12-3.
A stronger and well-balanced Kanturk side continued to dominate in the second half and ran out comprehensive winners.
Ennis will have their next league game on January 3 when they entertain St Mary’s. On St Stephen’s Day, they will have a friendly game with UL Bohemians
Ennis: Greg O’Flanagan; Owen Downes, Niall Nevin, David Murphy, Seán O’Flanagan; Bryan Murphy, Richard Murphy; Gary Duggan, Enda Galvin, Damian Forde; Jason Considine, Paddy Harding; Michael McInerney, Liam Ryan, Eric McInerney.
Subs: Joe Kelly for McInerney; Roy Duggan for Galvin; Mark O’Halloran for Downes.

Kilrush  8   Abbeyfeale  8
KILRUSH and Abbeyfeale shared the spoils in this third-division league tie played at Monmore on Sunday.
The home side got off to a tremendous start with a try from Trevor Downes followed by a Paul Conway penalty, both scores inside the opening 10 minutes. Five minutes later, Downes saw red and was sent off. This proved to be a big blow to the West Clare outfit, who held on to lead 8-0 at half-time.
Ten minutes into the second half, the visitors landed a penalty and 10 minutes later, they got in for a try to level the game.
Five minutes from the end, Kilrush had Raymond Conway sin-binned and they finished the game with 13 men but held on for a share of the spoils.
Kilrush: Pádraig O’Malley, Aidan Mescall, Mike Keating; Martin Griffin, Dave Hartery, Declan Griffin, Mark Magner, Trevor Downes, Raymond Conway, Paul Conway, Seán Downes, John Conway, Ruairi McLoughlin, Matthew Flanagan, Jamie Whelan.
Replacements: Ben Hopkins for Whelan.

Presentation  11   Scariff  11
SCARIFF and Presentation played out an 11-11 draw in Ruthard on Sunday. This was a fast-paced game that saw chances in the opening 10 minutes for Scariff to build a substantial lead, but they didn’t capitalise.
A try and two penalties to Scariff’s penalty had the score at half-time at 11-3. Bryan Stritch scored the penalty for Scariff.
The East Clare side made some changes for the second half when they had the upperhand and they were rewarded with a great team try, finished off by Darragh McNamara. A second penalty from Bryan Stritch levelled up proceedings and this is how the game finished.
Scariff may feel they left this game behind them but a lot progress has been made since the start of the season.
Scariff: David Harte. Colin Bugler. John Ryan, Darragh McNamara, Rory Slattery, Henry Mooney, Michael Madden, Robbie Madden (captain), Barry Gibbons, James Kelly, Robert Drealin, Bryan Stritch, Kenny Mason, Trevor Kelly, Conor McNamara.
Replacements: Eoin Collins, Marcus O’Neill, Joe McGrath, Rody Kennedy. 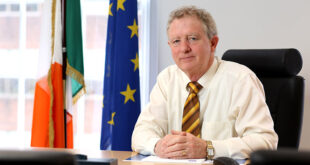