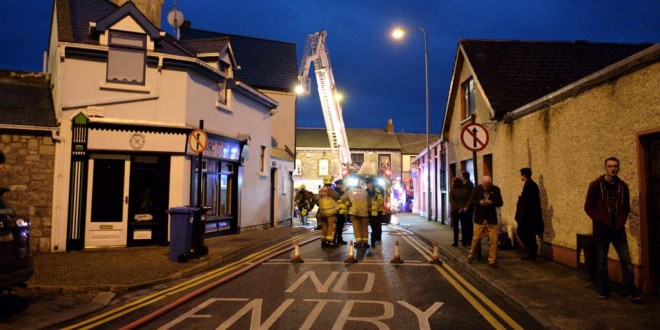 Emergency services deal with an incident at the junction of Barrack Street and O Connell street in Ennis this evening. photograph by John Kelly.

GARDAI, fire fighters and paramedics have all responded to a fire affecting three apartments in Ennis this evening.

They were called to the scene shortly after 5pm  with thick smoke billowing from three apartments close to the junction of O’Connell Street and Barrack Street.

Vehicles are being diverted away from the end of O’Connell Street closest to the Cathedral and there is currently no vehicular access to  Barrack Street.