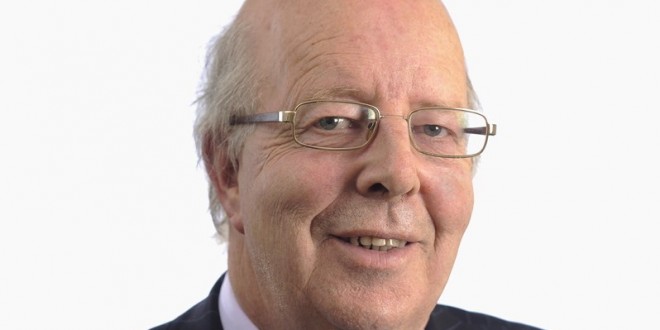 Councillor Richard Nagle has appealed for road repairs in Doolin

A ROAD in Doolin has been described as “an embarrassment” by North Clare county councillor Richard Nagle.

The construction of badly-needed footpaths linking the two parts of the North Clare village was discussed at the West Clare Municipal District meeting in Kilrush last week. During the discussion, council engineer Cyril Feeney calculated that it could cost €250,000 to pay for the footpaths, excluding the purchase of land.

However, Councillor Nagle said the road should be repaired as well.

“One of the worst pieces of road in any village in North Clare is from Fitz’s Cross to Fisher Street. The surface is absolutely shocking. It’s an embarrassment for any premier tourist village to have that road surface. Why was it left that way? Because every time a motion was put down, requesting the upgrade of the road, we were told that we had to wait because we had to do the footpaths and the lot. The result is that absolutely nothing has happened. This is the first positive development in that area in terms of road infrastructure. I would request that the road would be included in the roads programme. The footpath can be done separately,” he suggested.

Mr Feeney said the footpath issue had been raised at a previous meeting.

“Councillor Nagle had raised the issue of footpaths in Fisher Street. Since our last meeting, we’ve had the area surveyed and we have a preliminary design. This is from Fitz’s Cross down to Fisher Street. Obviously Fitz’s Cross up to Roadford, as well, would be similarly in need of footpath works.
“In simple terms you are looking at a length of about 500m. We’d also need to build approximately 350m of stone wall. You’re looking at about 850m2 of footpath to be finished,” Mr Feeney said.

“These projects don’t come cheap. I suspect you’re probably looking at the €250,000 mark to get this over the line and that wouldn’t include potential land-purchase costs. We haven’t spoken to the landowners yet. That’s briefly where it is. It’s a worthy project but my only concern is the element of funding that would require. We can progress it in the short term, without cost, by talking to the landowners. We may get landowners who see the benefit of such a project and therefore our land costs may not be significant. But until we get the land required, we’re not really in a position to go looking for the capital funding element of it. I’d be proposing that we go and talk to the relevant landowners,” he told the meeting.

Councillor Nagle was supportive of this but felt that the cost factor may not be as high as Mr Feeney suggested.

“I don’t think as a short-term solution that it may be as expensive as you maintain. My clear understanding is that the wishes of the local community is that the road would not be interfered with and that the footpath goes alongside the existing wall.

“Everybody in Doolin recognises the urgent need for a footpath. There are thousands of tourists in Doolin on a daily basis. It is an extremely dangerous stretch of road. Most of the people along that area are involved in tourism and recognise the need for this vital piece of infrastructure. I think that they would be more than willing to engage in a very positive and productive manner,” Councillor Nagle maintained.