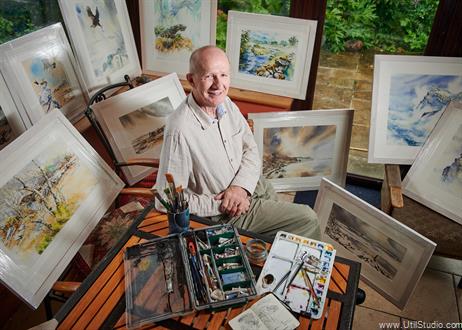 Artist Philip Brennan of Stonehall, Newmarket On Fergus, who is exhibiting a collection of his work, entitled Clare Moments, for two days at The Great Hall, Temple Gate, Ennis opening on 11th September at 8pm. Photograph by John Kelly

NEWMARKET-ON-FERGUS based artist, Philip Brennan, will unveil his 23rd solo exhibition in Ennis on Wednesday September 11 after taking a six year break from exhibiting.

The exhibition, entitled Clare Moments, feature 43 paintings which in the main comprise of watercolours, with a few mixed medium pieces.

Philip who is based in Stonehall, has always had a fascination with landscapes and wildlife, and it is no surprise that these feature heavily in his latest works, but there are still a handful which capture people, although as he says “not nearly enough”.

Clare Moments is to be officially launched by Seosamh O Conchubhair at the Temple Gate Hotel in Ennis at 8pm on Wednesday next, with a preview at 6pm, and it will be on display until the following evening at 8pm.

Philip will then follow this with a three week exhibition of the same paintings at Culturlann Sweeney in Kilkee in October.

Philip said he is looking forward to getting his work out there again, as he said life and the recession had meant he had to take a break from the canvass for some time.

He was far from idle however during those six years and he used that time to hone his skills and rediscover new techniques, something that he says has been of benefit to his work and can be seen clearly in what he has produced for this showcase.

“It is nice, to be back exhibiting again, it is exciting and equally terrifying. Towards the end of the recession I was still painting and exhibiting but sales dropped off really and there were some life upheavals. I probably eased off on the studio work, but I still did a lot of field work. There are 10 paintings in this collection from the recession time and 33 paintings I’ve produced since 2014. My last exhibition was in 2013 in the Courthouse Gallery in Ennistymon,” he said.

He explained that over that time the paintings he had finished were building up and he believes now is the right time to show them.

For this exhibition Philip has produced a number of snowscapes, inspired by the harsh winters we have had.

“There are three snowscapes, and that was interesting to work with. The lines are simpler and you are bringing light into the painting with them. When it comes to technique, I’ve learned, sometimes less is more, and not to be picking at it too much,” he said.

As a songwriter and ornithologist it is no surprise that these interests often influence his work and among his favourite canvasses is a painting he has based on a family story, which he penned first as a song, and then depicted it on canvass. The song itself came second at an All Ireland Fleadh Cheol.

Birds have been another feature of Philip’s work with birds of prey standing out in this collection of paintings.

“It is very hard to pick a favourite painting but as a summary of what I do, I have one of Holy Island and Lough Derg, with a Whitetailed Sea Eagle hovering overhead. I went out and viewed the sea eagles, I’d seen them a few times, and I love the story behind them,” he said.

The Fergus is also a recurring subject matter, as is his passion for a good session. Among the paintings is a group captured at a session in O’Loughlin’s in Ballyvaughan.

“For this exhibition I think it is really the physical landscape and topography stories that shine through. The weather really comes into it too, I have one capturing flooding in Post Office Field, the fisherman’s rock in Kilbaha during stormy weather, and the skies in my paintings show a cross section of the Irish weather,” he said.

Philip said the latest collection of paintings do form a logical follow-on from his earlier work, and he believes that by looking at something he did 20 years ago compared to what he has produced now you can see how it has evolved.

He admitted that while the title of this exhibition is Clare Moments, there are two paintings which don’t fit the brief entirely.

“I’ve a painting of Kilmacduagh ,which is not in Clare, it is in the Burren and there is one I painted in Lanzarote of a hoopoe,” he said.

Philip has been exhibiting since 1982 and this will be his 23rd solo show since then, with at least 12 of those held in Ennis so he is delighted to be back there once again as he launches his latest work. There will be more too in the pipeline as he reveals he has already begun work on another collection of paintings, which he says will capture the history of Shannon Airport. With ten paintings already finished, that collection is well underway.

All are welcome to attend the launch on Wednesday September 11 at the Temple Gate Hotel at 8pm, or to view the exhibition at the hotel anytime up until 8pm on Thursday September 12.

Carol Byrne is a reporter at The Clare Champion newspaper reporting on news in the East Clare area and the arts. She also covers the courts in County Clare and has received seven national awards for this coverage from the Law Society of Ireland and a National Lottery Local Ireland national media award for Best Community Story 2019. A Masters in Journalism graduate of NUI Galway, she also holds a Bachelor of Arts from the University of Limerick in Music and Media Studies, and a Higher Diploma in Irish Legal Studies. She began her career interning at The Limerick Leader and Clare FM, before taking up a full time post at The Clare Champion in 2006.
@@Carlsburn
Previous Solid Display By East Clare Pairing In Coronation Foursomes
Next Second arrest made in Aidan Kelly murder 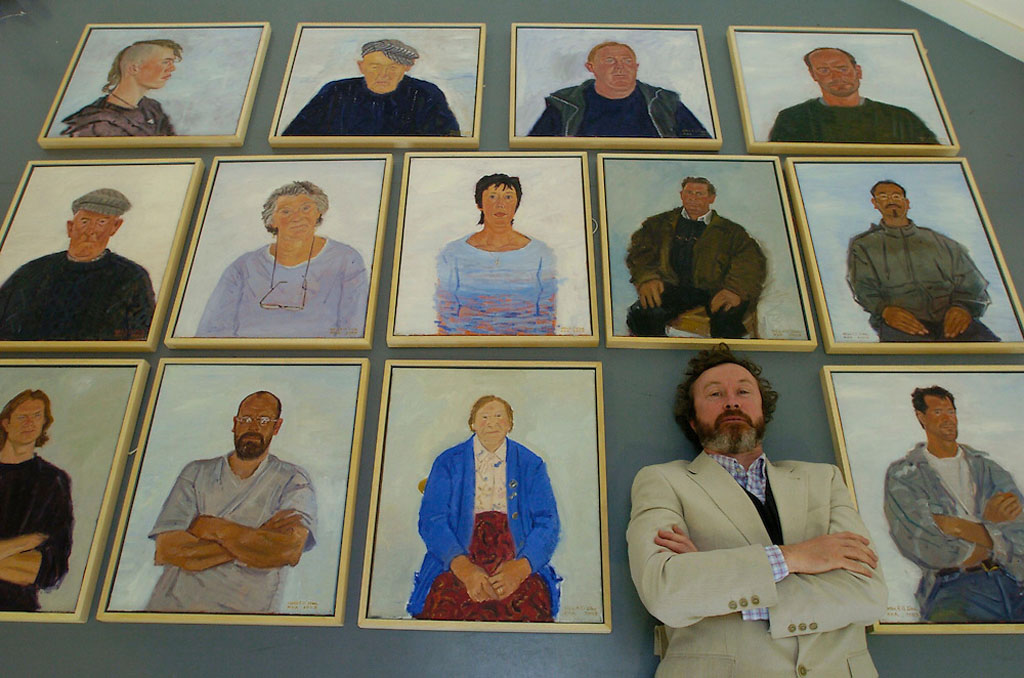 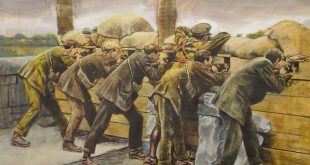