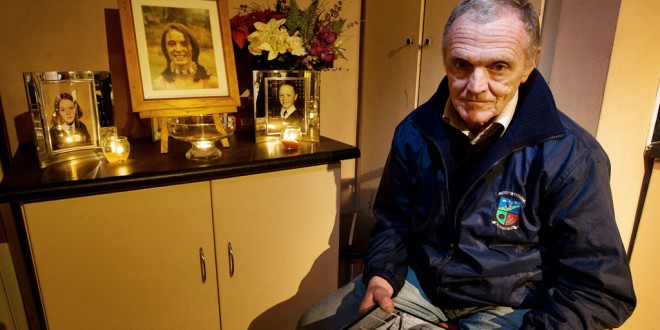 Johnny O'Loughlin is losing hope that Emer's killer may never be found.

The father of a Clare woman killed 10 years ago this week said he is losing hope that her killer will be found.

Johnny O’Loughlin spoke to The Clare Champion a decade to the day after his daughter Emer’s body was discovered in a burned-out mobile home at Ballybornagh, Tubber.

Mr O’Loughlin said he is heartbroken at the loss of his daughter and that her death is felt by him, and her siblings, every day.

“I feel her loss every day. The longer it goes on, the worse it gets. My partner, she feels the same. My daughter in England feels it. My sons feel it. We want to find answers. I feel it every day. There is not a day that goes by that I don’t. I pass that graveyard every day and I would always say ‘hello Emer’ as I pass. It is worse it is getting the longer it goes on,” he revealed.

Mr O’Loughlin said he has not heard from gardaí in relation to the investigation into his daughter’s death for two years.

“The gardaí haven’t been in touch for two years. It is that long since I got any information. I am disappointed about that. If they rang and said they have nothing, at least I’d know they are still looking,” he said.

“If I was well off, or powerful, they would be on the ball. That is how I look at it. If you look at the high profile cases, those people are all well to do. I am losing hope,” he went on.

When the body of the 23-year-old student were found on April 8, 2005, her death was treated as suspicious by gardaí but questions remained in relation to how Ms O’Loughlin had died. Five years later, her body was exhumed and a new post mortem revealed she had died violently but gardaí did not release specific details in relation to this.

In November 2011, RTÉ’s CrimeCall issued a further appeal for information in relation to Ms O’Loughlin’s death.

Gardaí have repeatedly said they are eager to speak to John Griffin, the man who owned the mobile home in which Emer’s body was found. They believe Mr Griffin, who is originally from Cardinal Cushing Road in Mervue, Galway City, may have information that would assist their investigation.

Mr Griffin is 48 years of age, is 5’9” tall, of average build with blue eyes. Gardaí described him as having a distinctive and prominent Celtic design tattoo on the Adam’s apple area of his neck.
Mr O’Loughlin has appealed to anyone with information in relation to Emer’s death or the whereabouts of John Griffin to contact gardaí.

“If anyone has any information whatsoever, big or small, please come forward,” he concluded.

Gardaí are continuing to appeal for witnesses. A reward has been offered for information which significantly helps the investigation into the death of Emer O’Loughlin.

Anyone who knows the current whereabouts of John Griffin can contact Crimestoppers in confidence on freephone 1800 25 00 25. 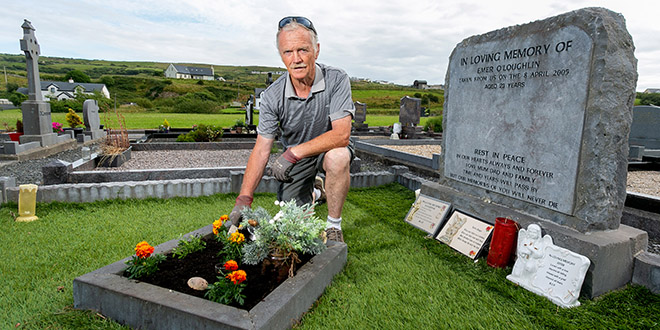