Home » Breaking News » Considine expects Shannon numbers to be down 80% 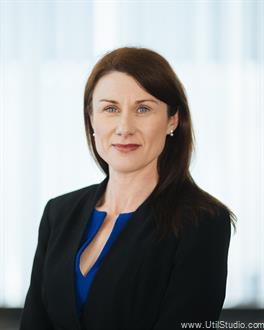 SHANNON Airport has never seen such a crisis and its passenger numbers will be down by around 80% this year, CEO Mary Considine told the Oireachtas Joint Committee on Transport on Wednesday.

“We have been through many crises in the past, but never on such a global scale; this is unprecedented. Like airports globally, Shannon has witnessed an almost total collapse in airport traffic, connectivity and revenues,” she said.

“During the lockdown phase we endeavoured to maintain a level of service at our airport to allow repatriation flights, essential cargo movements, provide emergency cover and facilitate hangar operations, and I am proud of the role our employees played throughout in ensuring these services were available.”

Ms Considine said that aggressive cost cutting had been needed, while she said that Irish restrictions have hit hopes of some recovery in passenger numbers. “Faced with the fact that since March we have seen our Group revenue down over €1.3 million per week, we took decisive short-term actions to preserve our businesses and protect jobs in the long-term.

“We saw some green shoots in early July when the airport reopened to scheduled passenger traffic with the recommencement of 16 routes with Ryanair. Great news, or so we thought, but given the Government advice on essential travel only, passenger numbers have been extremely low. This is despite the fact that much of Europe had returned to the skies, while Ireland remained an outlier in this respect.”

She said the current lack of Aer Lingus services from Shannon to the US and Heathrow is a huge loss and she said that if Ryanair pulls services for the winter it will be very damaging. “Also extremely worrying is the announcement last week from Ryanair that it intends to close its Shannon and Cork bases from October 26 for the winter season if Government fails to fully adopt the proposed pan-European travel measures. This will cause further devastation to our airport business.”

She said that it is vital that key services are protected. “It is now imperative we find a way to safeguard vital connectivity. “If we don’t, the consequences are unthinkable. The continued Government guidance warning against non-essential air travel has the effect of increasing the probability of further job losses throughout the country, long-term loss of connectivity, unbalanced regional development and economic damage including a risk to foreign direct investment.”

In summary, she said that things have never been as difficult for aviation and for Shannon. “Our business and the wider aviation, tourism and hospitality sectors in particular have weathered many economic storms in the past but never on such a scale. While we will eventually recover from the economic impact of Covid-19, it will undoubtedly take a number of years for activity levels to return to anything like normal.

Owen Ryan has been a journalist with the Clare Champion since 2007, having previously worked for a number of other regional titles in Limerick, Galway and Cork.
Previous Greenway will result in ‘huge opportunity’ for the county
Next Out-of-hours GPs needed now more than ever