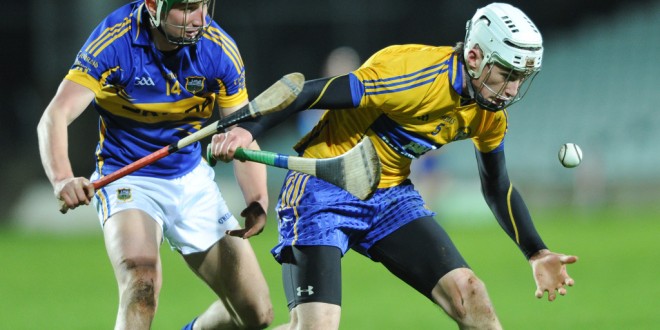 Conor Cleary has recovered from injury and will line out against Wexford in the All-Ireland under 21 hurling final. Photograph by John Kelly.

Fit again Conor Cleary returns to the Clare team for tomorrow’s All-Ireland under 21 final clash with Wexford at Thurles.

The Miltown Malbay native who plays his club hurling with Kilmaley, missed the semi-final win over Antrim because of a broken thumb suffered while playing in the Clare senior championship with Kilmaley against Sixmilebridge.

In the only change to the starting line up from the team which started against Antrim  in the semi-final, Cleary returns at centre back to the exclusion of Alan O’Neill.

Cathal O’Connell who, like O’Neill, was in the starting team in last year’s final, has failed to get into the starting line up on this occasion but he is listed amongst the substitutes.

The game against Wexford throws in at 7p.m. and will be refereed by Cork’s Cathal McAllister. The Clare team is;