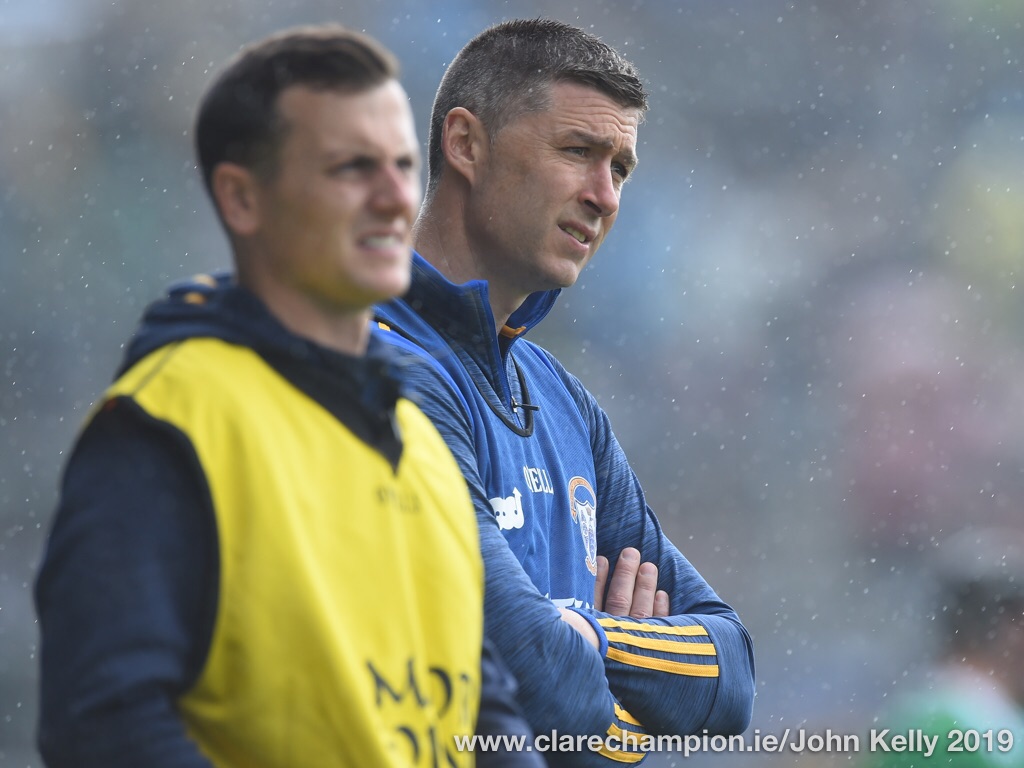 Clare’s Minor hurlers have one last stand to make this Saturday if a Banner hurling team is to play in Croke Park in 2019 and it will not be an easy one.

At 3pm in Portlaoise, Fergal Lynch’s side will face off against Galway, one of the most highly-regarded teams in the country. They must beat Galway but they must do so by five points or more, due to scoring difference, or they will exit the championship.

Speaking to The Clare Champion, Lynch said his squad are fired up and ready to go and don’t perceive this task as tough as some might think.

“We gave the lads about six days off after the Kilkenny game, as they had been going constantly since October and I suppose it was to mentally relax them more than anything. Thankfully, they came back last Friday and they were mad for road. We are really looking forward to the battle and we know it is not going to be the mountain that some think it is,” he said.

“At the end of the day, these guys are the same age as us and we have played them on numerous occasions before and acquitted ourselves well. We’ll go out and do the same and let the result take care of itself.”

Clare had multiple goal opportunities against Kilkenny that they couldn’t convert and with a tight game between Galway and Kilkenny last weekend, it’s clear that Clare are in with a big shout of upsetting the Tribesmen, Lynch believes.

“We had four goal chances against Kilkenny the last day and the Kilkenny lads said that to us afterwards; if they had gone in, we would have come away with a victory. But what’s done is done and we are looking ahead now and focusing on getting a result against Galway. Whether that’s enough to put us into an All-Ireland semi-final, we will see. If you told me last October that these guys were going to be one game away from Croke Park, I’d have taken your hand off for it,” he confessed.

Previous This Sporting Life
Next Is Emer O’Loughlin murder suspect in Morocco?