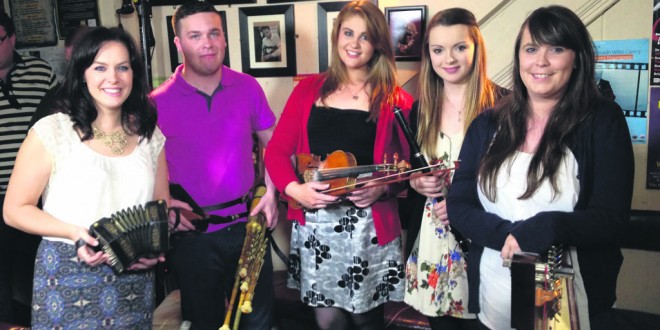 TG4 music and magazine series, Féilte will visit Clare on its journey of discovery along the Wild Atlantic Way on this Thursday at 8.30pm.

The programme, which will be aired this Thursday, sees presenter, Síle Ní Bhraonáin come to the Banner County. The show will feature the finest traditional music, song and dance, local cuisine and adventure activities. Síle discovers some of the secret gems in the towns and villages along the route, as well as some spectacular scenery.

In addition, Síle visits the famous Strand Restaurant in the seaside resort of Kilkee, where owner and chef, Johnny Redmond, demonstrates how to prepare a Wild Atlantic Way dish of flash-fried garlic and red chilli tiger prawns, served on slices of crunchy, warm crostini, with fresh summer leaves.

Finally, in their weekly exploration of activities available in this part of the Wild Atlantic Way, the programme accompanies Edel Ní Mhacháin and Fiona Ní Eochaidh, both from Clare, as they go abseiling off the cliffs in Kilkee, with Nevsails Watersports and Rock Climbing.