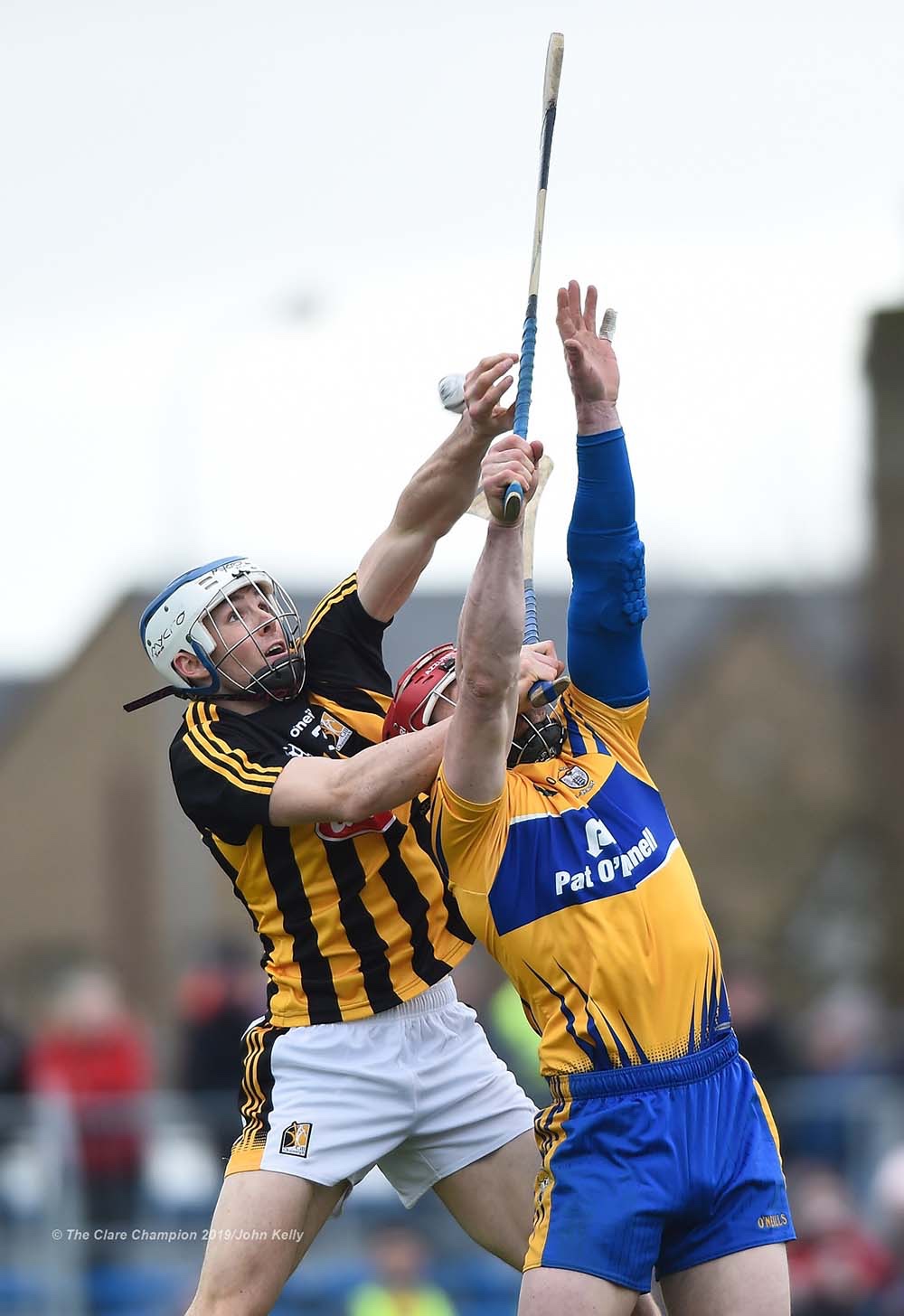 CLARE and Kilkenny shared the spoils in a dramatic afternoon in Nowlan Park.

Colin Guilfoyle opened Clare’s account with a fine catch and point, before Shane O’Donnell bagged Clare’s first goal after just seven minutes. Tony Kelly found O’Donnell with a glorious pass before the Eire Og man turned his marker and buried the ball in the net.

This seemed to spring Kilkenny to life more than Clare as the Cats rattled off five points to Clare’s one in the ensuing minutes, Adrian Mullen bagging two.

Kilkenny found themselves 0-8 to 1-3 up by the time Ryan Taylor found the Kilkenny net for the second time. Guilfoyle’s long ball found O’Donnell who teed up Taylor and the Clooney-Quin man neatly finished past Darren Brennan.

Kilkenny were a different animal after a subdued first half display and they roared into the game in the second half.

Free-taker Alan Murphy led their charge but it was Ger Aylward that turned the tide when introduced.

His contribution of 1-1 in four minutes pushed Kilkenny ahead for the first time and had Clare – who were struggling for scores – stunned.

Tony Kelly was Clare’s only scorer in the second half until Diarmuid Ryan sprang from the bench and fired over.

Clare finished with 17 wides and were really struggling for scores as the game came to a boiling point, and it was Shane O’Donnell who answered the call.

A scrum broke out in the Kilkenny goalmouth when Aaron Cunningham challengers keeper Darren Brennan and O’Donnell got the vital flick to bring Clare within one point, with injury time remaining.

The aforementioned Cunningham was coolness personified as he scored the levelling point from an acute angle.

Both sides had good chances to edge ahead toward the finish but had to settle for a point each.

For a comprehensive match report and reaction, pick up a copy of next week’s Clare Champion.