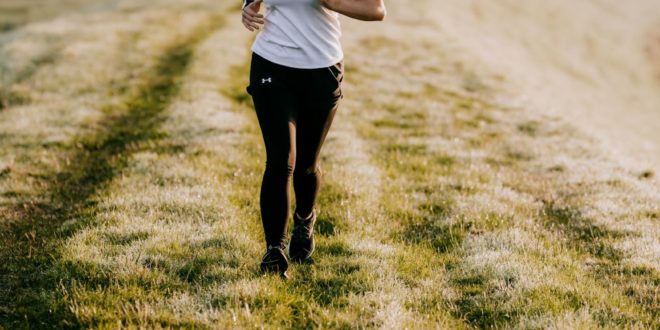 Ciara McCullough trains along the canal bank in Clonlara before her 1,000 kilometre charity run for the Children's Grief Centre in Limerick.

A KILLALOE-based photographer has snapped up €40,000 for a local charity by completing a gruelling 1,000 kilometres along the Wild Atlantic Way .

Ciara McCullough collected this donation for the Children’s Grief Centre in Limerick after running from Derry to Kinsale on consecutive days and welcomed other runners to join her during her arduous journey.

The Ballinahinch native, who moved to Killaloe three years ago, is delighted to have raised such a large sum for this charity, having seen children benefit from their work.

“I have witnessed first hand the work the Children’s Grief Centre does and what a positive impact it has on children. It is a charity that is close to my heart as it has helped people who are close to me.
“I just wanted to give something back. I love the conversation the founder St Helen Culhane has around the topic of grief.
“In Ireland we can dismiss things like grief as we feel we can’t talk about it. Giving children a platform to express their feelings about grief helps to build a foundation for them in the future. It also reduces the risk of anxiety and depression when they are older,” she explains.

Ciara first started running in October 2018. Having played rugby with Nenagh Ormond and camogie with Newport/Ballinahinch previously, she was reasonably athletic.

In 2016, she decided to give up rugby following her decision to become a wedding photographer as she was concerned about the high risk of injury would have on her job.

When she took up running she wasn’t fit at the time and struggled to complete one kilometre.

While she built up the kilometres gradually, she admits she “hated it at the start”.

However, the longer she spent running the more she started to feel the considerable benefits.

In May 2019, the Killaloe-based photographer decided to take on the gruelling prospect of running 1,000 kilometres along the Wild Atlantic Way.

“I wanted to do something to challenge and push myself further than I had ever pushed myself before.

“I struggle a bit with anxiety and depression and the whole idea of the run was to make friends with my mind.

“I realise the voice in your head doesn’t always tell the truth,” she explains.

From May to last January, she decided to run between five and 20 kilometres five days a week depending on how she felt on any particular day and often clocked up in the region of 80 kilometres a week.

She also trained twice a week under the guidance of fitness instructor Linda Bracken in Killaloe, who focused on building up her core physical strength with the help of weights and Pilates.

As a wedding photographer, the 29 year-old regularly takes photographs of couples in scenic locations in places like the Cliffs of Moher along the Wild Atlantic Way.

The prospect of taking on this challenge came to her while she was out for a run after watching a documentary about people pushing themselves to the limit.

On January 14, Ciara started her trek in Derry running on average 30 kilometres a day from locations where she was staying.

“I found the first week particularly hard as I came up against some really bad weather – 30 kilometre winds and heavy rain. I tried to finish running at around 3pm so I could be sitting on a bed recovering at 4.30pm.

“I used to start around 9am in January and 10am in February when the evenings started getting brighter,” she recalls.

The challenge finished on February 22 in Kinsale where a large group of family, friends, Children’s Grief Centre founder, Sr Helen Culhane and the local community were present to give support her. Some locals gave her donations on the side of the road as she was completing the final section.

“The last day was amazing. When I got to the finish I started crying. I was ready to come home to my family and friends because it is a long time to be out on the road on your own.

She believes that everyone has mental health issues at some stage but some struggle more than others on how to cope with negative thoughts.

She insists that sharing problems helps, having had three attempts to take her own life between the age of 19 and 22.

“When I was young I had the mindset that I was not good enough. In life, we can find evidence for what we think. We don’t see the world as it is, we see it as we are.

“I was feeling not good enough a lot of the time and I can’t pinpoint where that feeling came from. When you are feeling this way, you will find evidence to show you are not good enough.

“It became very hard for me to cope with my feelings. Thankfully, I now realise everything that comes into your mind isn’t true.

After her third attempt at taking her own life in October 2013, Ciara knew she could continue battling negative thoughts or seek help and talk to someone.

Her mother, Bernie took her and paid for therapy from a private counsellor when she was at a very low ebb.

“I was lucky to get help straight away and I was ready to receive that help. A few months later, I posted my story on Facebook to let other people in similar situation know they are not alone.

“I used to work in my mother’s coffee shop in Newport and a lot of people who came in told me I never knew you were struggling. I was the type who wouldn’t worry anyone and just struggle internally.

“I used to keep things to myself a lot. That burden got stronger and stronger to the point I couldn’t

take it any more on a few occasions. I hid it quiet well.

“Anyone who struggles with their mind can become good at pretending you are ok. Some people think it is a weakness to talk about not feeling ok, so you become better at hiding your weakness.

I have realised now my strength is in what I thought was a weakness before. Asking for help is now a strength of mine,” she explains.

Ciara also does a lot of work to help the Cycle Against Suicide, Pieta House and various charities in recent years and learned some people are afraid to ask a person who may be feeling low how are they feeling.

She believes people need to be a lot kinder to each other and not to be reluctant to be prepared to listen to a person who is struggling, even if they may not have all the answers to their problems.

“You might know a friend who is struggling but may not ask them because you feel you haven’t the right tools to help when all you really need to do is listen. You don’t have to have all the advice and the words, you just need to be there for that person,” she outlines.

While some people may be worried about making a bad situation worse by saying the wrong thing, Ciara believes if a person can help someone who is struggling feel valued and show some empathy to their problems, this is a lot better than not intervening and doing nothing out of fear.

She feels the provision of a class or information on resilience and coping skills in secondary schools would be very beneficial for her when she was a teenager.

“During Covid-19 you can see people deal with stress differently. My way of dealing with the pandemic is being active or learning a new skill. Another person might sit and home and watch a movie. There is nothing wrong with either of those actions.

“Social media is creating a certain pressure for people to be productive during the pandemic. This pressure can be crippling for teenagers.

“I remember Sr Helen from the Chidren’s Grief Centre telling me she had a child who was anxious all the time. She told him to turn off his phone every night at 10pm. A week later, he came back to her and wasn’t as anxious.

“On my worst days when I was struggling at the age of 22, it looked as if I was living the best life ever on Instagram, which was a facade. I wanted everyone else to think I was ok. Anyone looking at my social media would think I was so happy when in reality I was quite depressed,” she recalls. 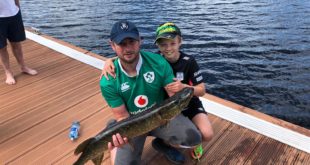