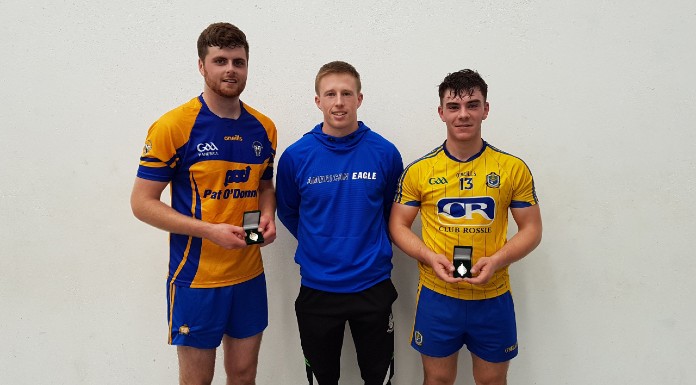 Fergal Coughlan Jnr of Clooney-Quin continued his brilliant form in 2019 as he claimed the All-Ireland Junior B 60X30 handball singles title. He saw off the challenge of Roscommon’s Mikey Egan is what was a gripping showdown in the decider. Both players flew into the first game, with some gruelling long rallies on show. There was very little to separate the players for the first part of the match and at 7-7 in the first game, it looked like this could be a real marathon. It was at this point that Fergal started to show his years of experience. He took control of the centre of the alley and had his opponent running all over the court. Mikey Egan was looking extremely fit but he was not able to handle the constant pressure which Fergal was applying and the first game closed out at 21-7. In the second game Fergal maintained control from the off. The Clooney-Quin man was using …

Clare SFC Quarter-Final Line Up To Be Completed This Weekend

September 6, 2019 Comments Off on Clare SFC Quarter-Final Line Up To Be Completed This Weekend

Clare Senior Football Championship Round Three Preview Group One Tuesday at 7.30pm in Cooraclare: St Joseph’s Miltown v Naomh Eoin-O’Curry’s This is a tie that pits the champions against the new boys as the peninsula amalgamation round off their maiden senior journey with their toughest assignment yet. The pity here is that while it should be a game that will further add to the experience basket for the westerners, that is about all there is to it. Miltown are already safely through as champions while Joe Garry’s outfit will finish bottom of the group regardless of the result. There was some talk of this game being brought forward by a week to allow Naomh Eoin and O’Curry’s to focus on their own intermediate campaigns but that fell through. It means that both sides will have been in action just a few days previously and it remains to be seen how much value they place on this fixture, given that it …

September 5, 2019 Comments Off on Off The Fence With Fergie O’Loughlin

With the club championship in full flow and now narrowed down to the last eight in the race for the Canon, maybe people can be forgiven for almost forgetting about what is happening on the inter-county scene for the moment. Clare’s 2019 championship campaign ended with that battling win over Cork on June 16 and brought the curtain down on what was a disappointing and frustrating summer. It raised many questions about how it could all have all gone so badly wrong with two resounding defeats to Tipperary and Limerick ultimately proving Clare’s downfall. When delegates reconvened for the next county board meeting, it surely should have led to a substantial and heated debate about the fortunes of the county team and what could be done to rectify it going forward. Ruan delegate Ger Lyons was the only one who seemed to be interested in it when he called on the board to initiate a review into the year just … 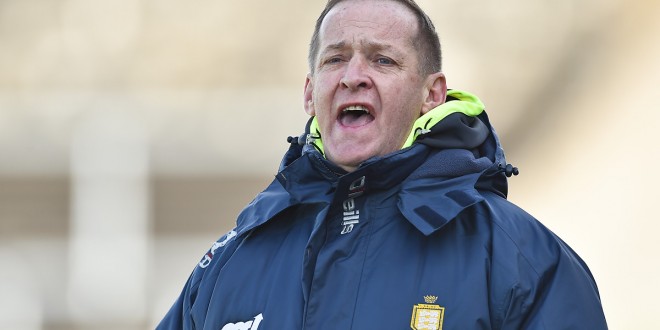 September 5, 2019 Comments Off on Collins Looking Forward To Fresh Challenges in 2020

Colm Collins will take charge of the Clare senior footballers for a 7th season after he was officially ratified in the role for the coming year. The Cratloe clubman becomes the third longest serving current inter-county football manager with only Jim Gavin and Mickey Harte ahead of him. Collins was ratified for a one year term at Tuesday evening’s meeting of Clare GAA where he was returned unopposed for another term in charge. Chairman of Clare GAA Joe Cooney told the meeting that it was brilliant news that Collins is to stay on for another year and outlined that during his time in charge, there has been huge progress for Clare football. 2019 saw Clare retain their status in Division Two of the National League with a dramatic victory over Tipperary on the last day of the campaign in Semple Stadium. The championship came to an end in the last round of qualifiers when a one point loss to Meath … 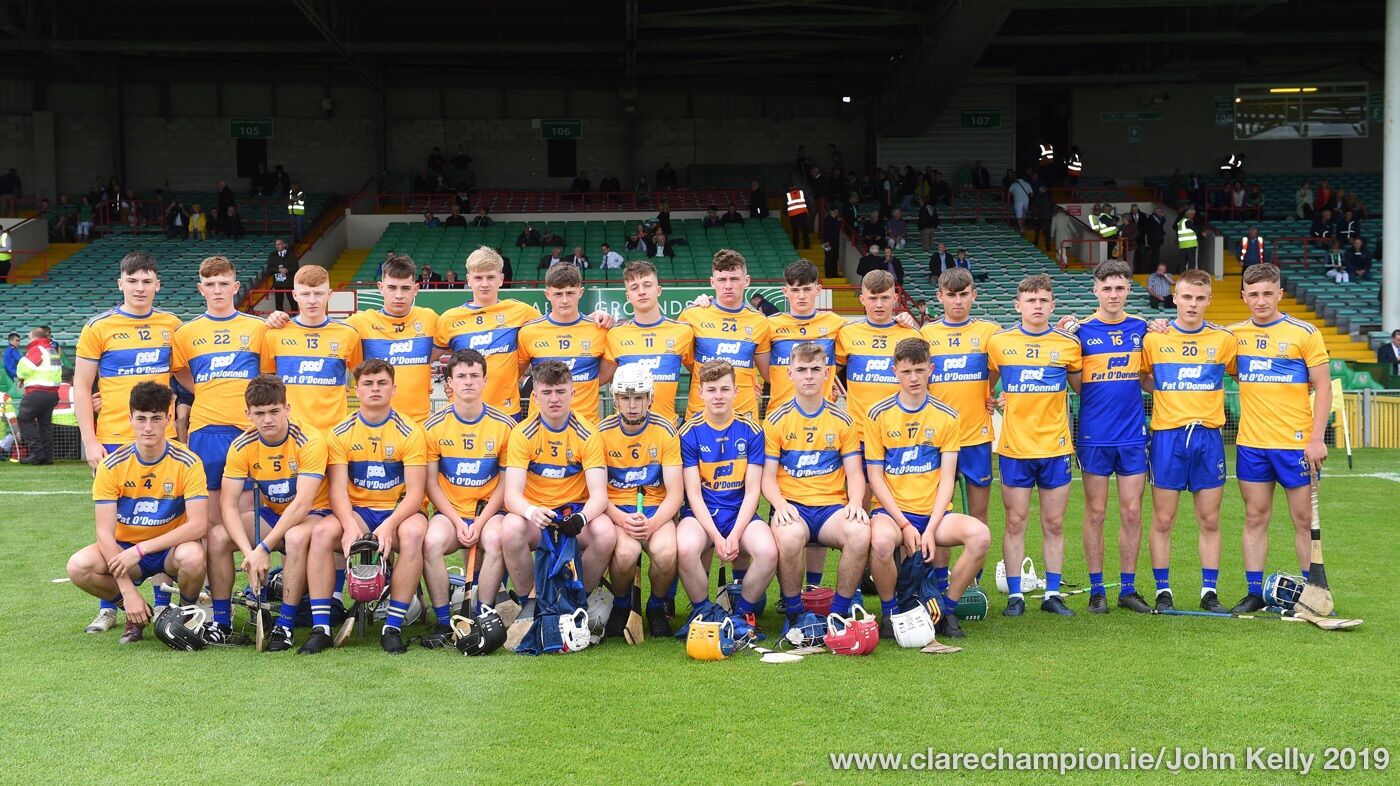 September 5, 2019 Comments Off on Praise For Young Banner Stars Selected On Minor Hurling Team Of The Year

Two Clare players have been honoured for their performances during the 2019 Minor Hurling Championship. Clare captain Cian Galvin and star forward Shane Meehan have both been selected on the Electric Ireland GAA Minor Team of the Year after a campaign which saw the Banner reach the Munster final before contesting the All-Ireland quarter-final series. Clarecastle’s Galvin is selected in the centre-back position after his outstanding displays across the campaign with Banner GAA man Meehan is selected at corner-forward in recognition of his scoring exploits. Meehan was on the score-sheet in each of Clare’s seven games across the minor hurling championship, with the standout performance coming in the last of those when he notched 0-13 during the Banner’s loss to Galway. Galvin was immense in a defensive role for Clare throughout the year while his accuracy from long range frees contributed vital scores. He also scored a late goal in the defeat to Galway. Meehan enjoyed a brilliant campaign across …

September 5, 2019 Comments Off on O’Connor steps down as joint hurling manager

CLARE joint senior hurling manager, Gerry O’Connor, has announced his decision to step down from the role. The former All-Ireland winning joint U-21 manager has filled the role for three years, along with Donal Moloney. Clare reached successive Munster finals in 2017 and 2018, losing both to Cork. They were also very unlucky not to reach an All-Ireland final in 2018, losing narrowly to Galway in a replay. This season they failed to emerge from the round robin series of games in the Munster senior hurling championship. Tuesday’s Clare County Board meeting heard that no decision has yet been made with regard to the make up of the incoming management team. 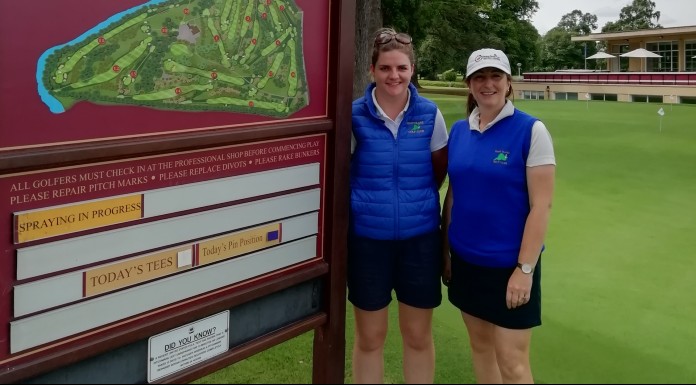 September 4, 2019 Comments Off on Banner Duo Are Saint Andrews Bound For Coronation Foursomes

Two Clare women are set to take on one of the most renowned golf courses in the world next week as part of the Coronation Foursomes. East Clare Golf Club duo Rachel Whelan and Marie Donnellan are preparing to travel St Andrews next Monday where they will play the Eden Course in the Grand Final of this year’s tournament. It marks the latest step in their progression having only taken up the sport in 2017 through the “Get into Golf” programme hosted by East Clare Golf Club before joining as full members the following year. They won the qualifying competition on their home course before going on to win the Area Final where the first prize was an all expenses paid trip to the famous Scottish venue. They will be representing Ireland while competing against 15 other qualifying pairs from Northern Ireland, Scotland , England and Wales. The R&A Coronation Foursomes is the largest domestic golf participation event for women …

On this week’s podcast: We review the weekend’s club hurling action and argue over the best 15 clubs players in Clare over the last decade.     [soundcloud url=”https://api.soundcloud.com/tracks/675510716?secret_token=s-bdw8c” params=”color=#ff5500&auto_play=false&hide_related=false&show_comments=true&show_user=true&show_reposts=false&show_teaser=true” width=”100%” height=”166″ iframe=”true” /]