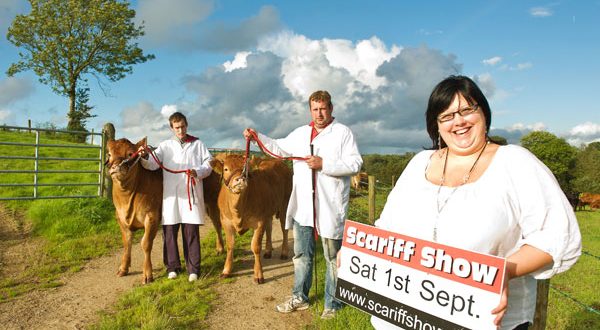 Scariff Show moo-ving with the times

August 23, 2012 Comments Off on Scariff Show moo-ving with the times

AS September 1 approaches, it is time to get the 68th annual Scariff Show on the road and this year sees some additions as well as the reintroduction of some old-time favourites. Having been absent for many years, the cows come home to Scariff Show as the cattle section is reintroduced with nine classes in the champion and reserve champion section. Speaking about the upcoming show, which takes place on September 1, Joanne Allen, secretary of Scariff Show, said this was the year to bring back the cattle section. “Our cattle section has been reintroduced after an absence of 12 or 15 years. We just felt that there was a need for it. A lot of local people and a lot of breeders have been asking when we would bring it back and we have been threatening to bring it back for the last two or three years but there were various things we needed to clear with the Department …

Planning initiative for Scariff and Mountshannon

August 16, 2012 Comments Off on Planning initiative for Scariff and Mountshannon

Mountshannon and Scariff have been chosen as two of the nine towns and villages throughout the county to participate in the Clare Villages and Towns Strategic Plan Initiative 2012.

O’Callaghan’s Mills to get FÁS workers

August 16, 2012 Comments Off on O’Callaghan’s Mills to get FÁS workers

O’Callaghan’s Mills Community Council has been successful in securing two workers under the FÁS scheme for a 12-month period and it is hoped the appointment will help with the general upkeep and maintenance of the village.

August 9, 2012 Comments Off on Hopes high for air spectacular take-off

IT’S all go for the Lough Derg Air Spectacular and hopes are high the air show might become a regular fixture on Mountshannon’s calendar of events. The air show is scheduled to take place on September 9 across the skies above Lough Derg. According to Dr Allan Mee, project manager of the Irish White-tailed Sea Eagle Reintroduction programme, the air show will not be a danger to the white-tailed sea eagles that have recently made Lough Derg their home, provided a safe distance is maintained. “I haven’t been told what their plans are but it is proposed that they stay a minimum of 2km from the shore and 1,500ft up, so if they stick to that then it will minimise any disturbance [to the white-tailed eagles]. On the other hand, if they overfly that shoreline then I think that would be detrimental,” he said.The event is being organised by a local committee committed to attracting tourism to the East Clare …

AN Olympic torch was raised aloft in Scariff as a symbol of inspiration to all young sports people over the bank holiday weekend. Trevor Ringland MBE, former Ireland and British and Irish Lions rugby player carried the torch through his native Larne, County Antrim in the lead into the London Olympics 2012 and brought it to Scariff for the opening of Scariff Harbour Festival.Opening the festival, Trevor Ringland spoke about the relevance of the Olympic ideals in the context of the Scariff Festival. “One of the Olympics ideals is that you have to try your best, it’s not about being the best but to try your best,” he said. The second underlying principle he mentioned was respect.“If we failed at anything in the past, we failed to create a sense of inclusiveness, that sense of respect in a way that teaches people how to compete so that you don’t actually destroy relationships” he said.Between 50 and 60 young players from …

The harbour town of Scariff is building up to a huge ­celebratory crescendo this bank holiday weekend as it marks the 10th anniversary of the Waterways ­Ireland Scariff Harbour Festival.

Stage is set for Scariff Show

August 2, 2012 Comments Off on Stage is set for Scariff Show

PREPARATIONS are well underway for the 68th Scariff Show, which will be held on Saturday, September 1 in the showgrounds and the event will see a return of the cattle-showing section.

VOLUNTARY groups in East Clare can obtain insurance discounts of up to 60% to cover the day-to-day operation of their community centres once they achieve charitable status by affiliating to Muintir na Tíre.