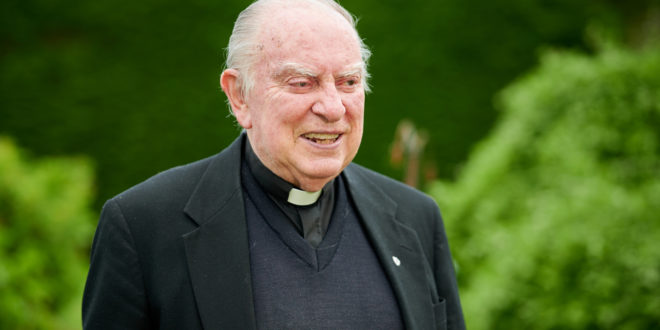 Canon Michael McLaughlin, pictured in his garden at home in Inch. Photograph by John Kelly