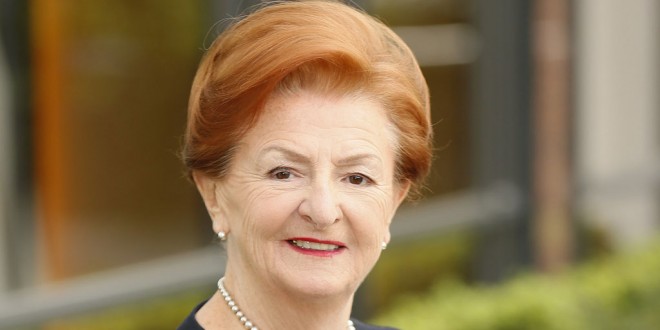 Call to reinstate North Clare businesswoman to Fáilte Ireland board

AWARD-winning North Clare businesswoman Breege O’Donoghue should be reinstated to her position on the board of Fáilte Ireland, according to Clare’s Fianna Fáil senator, who has warned about the risks of “blood letting”.

The Boston native stepped down last month after controversially travelling to a non-Green List country, at a time when a major summer ‘staycation’ campaign was running. Ms O’Donoghue also tendered her resignation as Chair of the Design and Crafts Council of Ireland (DCCI), but has since been reinstated, prompting Senator Timmy Dooley to call for her to be reappointed to the tourism board.

“I very much believe in the public health message,” said Senator Dooley, “but we need to be really careful of the blame game. The kind of expertise that Ms O’Donoghue has is not in huge supply. It’s not the same things as having a government minister resign. They can be moved around reasonably easily.”

Ms O’Donoghue’s was the second resignation from the board of Fáilte Ireland and followed that of Chair Michael Cawley, after he travelled to Italy. Senator Dooley said that both of them had skills that are critical to efforts to rebuild the tourism industry in the face of the pandemic. “We’re several weeks on now from the controversy,” Deputy Dooley noted, “and these resignations have done nothing to halt the spread of Covid-19. There has been no benefit in removing two such capable people. Our tourism industry is in tatters and we really need all of the advice and expertise we can get when it comes to the task of reviving it.”

The Mountshannon native also cautioned against rushing to judgement in efforts to control the coronavirus. “We need to be careful about cutting off our nose to spite our face,” he said. “Yes, we want people to follow the public health guidelines, but no law was broken in this controversy. Sometimes people need to take the advice and apply it to their own particular situation. We need people of Breege O’Donoghue’s calibre on the board of Fáilte Ireland, especially when we’re trying to rebuild our economy, and I don’t see a reason not to reinstate her. Sure, we might feel better after a bit of blood letting, but we have to look at the longer term consequences, and ask what the cost is. These are people who are put on boards to give their valuable expertise.”

Ms O’Donoghue is understood to have tendered her resignation from DCCI at the same time as she stepped down from the tourism board. Tanáiste Leo Varadkar, whose department oversees the activities of DCCI, accepted a written explanation from her about her travel to Spain and reinstated her. In her letter, Ms O’Donoghue said she had travelled for medical reasons and restricted her movements on her return to Ireland.

Ms O’Donoghue has also previously served on the Boards of the Irish Post Office and the National Airports Authority and was Chair of the Labour Relations Commission (LRC) for seven years.

Fiona McGarry joined The Clare Champion as a reporter after a four-year stint as producer of Morning Focus on Clare FM. Prior to that she worked for various radio, print and online titles, including Newstalk, Maximum Media and The Tuam Herald. Fiona’s media career began in her native Mayo when she joined Midwest Radio. She is the maker of a number of radio documentaries, funded by the Broadcasting Authority of Ireland (BAI). She has also availed of the Simon Cumbers Media Fund to report on development issues supported by Irish Aid in Haiti. She won a Justice Media Award for a short radio series on the work of Bedford Row Project, which supports prisoners and families in the Mid-West. Fiona also teaches on the Journalism programmes at NUI Galway. If you have a story and would like to get in touch with Fiona you can email her at fmcgarry@clarechampion.ie or telephone 065 6864146.
Previous AIMS success for Ennis Musical Society
Next Forestry owners want to cut tree felling licence delays