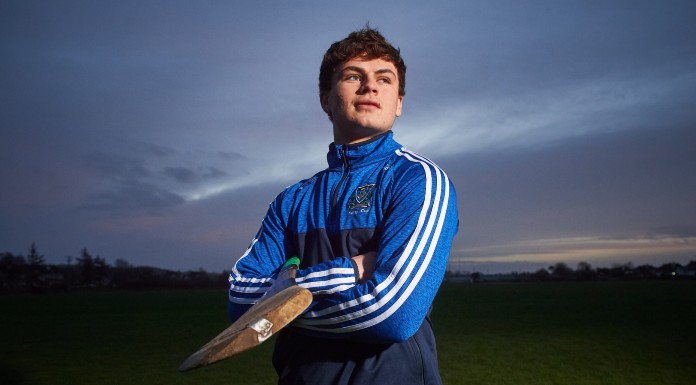 Tony Butler is no stranger to big sporting occasions, but arguably the biggest one yet is awaiting on Saturday in the Harty Cup final.

The St Joseph’s Doora Barefield clubman knows all about what it takes to reach the big days, having lined out with Clare in the Munster Minor hurling final last year.

It is not just hurling in the locker either, with the Ennis RFC man representing Munster and Ireland at underage level along with clubmates Ethan Coughlan and Conor Moloney.

For now though, the sole focus is on hurling as St Flannan’s go in search of a 22nd Harty Cup title as the look to bridge a gap going back to 2005. Butler acknowledges the proud tradition within the school but warns they cannot allow that be something that distracts them from the task at hand.

“If you look at the legends that have passed through the school, you see what all the tradition is about. We have great coaches involved with us and all the other teachers in the school really come in behind us too. We know that there is a great history for St Flannan’s hurling, but we need to make sure that we are concentrating on the game itself, and not get wrapped up in the occasion if we are going to make the most of this opportunity” he noted.

St Flannan’s have been backboned by a number of recent underage county stars in this year’s campaign, with the last two county minor captains, Darragh Healy and Cian Galvin, providing the spine of the defence. There is plenty more county experience peppered throughout the squad and Butler says while it can often be a challenge to balance a busy schedule, everyone has been working together to ensure they have the best chance at success.

“We have been training hard and making sure that our preparations are right so just looking forward to getting it underway now at this stage. Getting to this stage of the season was always a goal but we could only focus on every training session on its own and every game on its own and not look further than that. There are good few of us that would have county experience but all the other lads are well able to hurl too so it really blends together nicely. We will be coming into it confident and able to hold our heads up that we can compete with them. We know that they will present us with a huge challenge and the fact that they are in a Harty Cup final means that they have real quality in their squad too, but we will be ready for that challenge. We enjoy being out there and it can be busy at times but it is all down to good communication between the management teams involved, whether that is for football or hurling at club level or whatever it might be. It just helps to keep on top of it all and manage the workload that is involved” he said.

St Flannan’s have been forced to come through some stern tests en route to Saturday’s decider, with the 3-17 to 0-16 win over Tulla  in their quarter-final derby tie being the biggest margin of victory in the campaign. Butler is confident they are ready for another battle.

He said: “We have fought hard in most games and it has been a real squad effort from everyone involved. Everyone has really bought into what we have been doing and it has worked out so far. We have used about 23 players or thereabouts so far and it means that it is important that we get everything right in training and everyone turns up with the right attitude. We know we need to not only maintain that level of performance but also try and take it up another notch again, and that will see us right in the mix at the end of the game”.