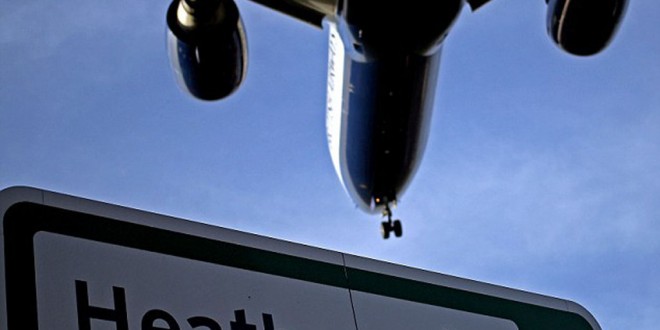 Tourism Ireland in Britain is partnering with Aer Lingus this month, to promote flights to Shannon Airport.

Advertisements are highlighting “the untamed coast of Ireland’s Wild Atlantic Way” and good value fares to Shannon for the autumn and winter months.

The ads – which feature a wonderful image of the Cliffs of Moher – are running in major titles including The Independent, The Times, the Guardian, Observer, Metro and London Evening Standard.

Working closely with airlines and airports to build demand for flights is a key priority for Tourism Ireland. Vanessa Markey, Tourism Ireland’s head of Great Britain, said: “We are delighted to co-operate with Aer Lingus to drive demand for its service from London Heathrow to Shannon, to help grow tourist numbers to Co Clare and the West of Ireland. As an island, the importance of convenient, direct, non-stop flights cannot be overstated – they are absolutely critical to achieving growth in inbound tourism.

“Great Britain is the largest market for tourism to the island of Ireland and we have seen very strong growth of +11% in British visitors to Ireland for January to August 2015, an additional 236,700 GB visitors compared to the same period in 2014. We are determined to keep the momentum going and ensure that growth continues. Our extensive autumn campaign is now in full swing and aims to take advantage of late booking trends, as there is still plenty of business to play for.”

Previous Football final: Reaching for the Stars
Next Podge poised for hurling return