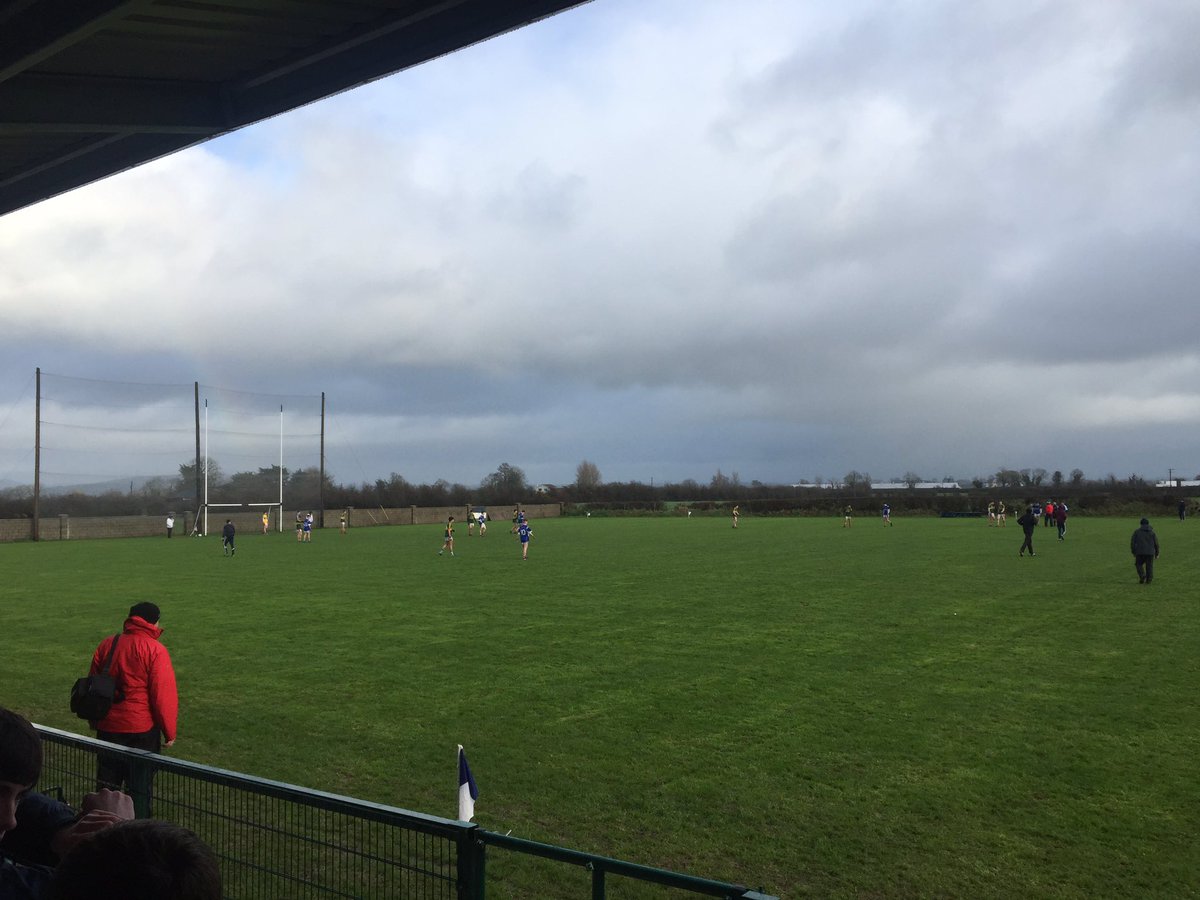 The Ennis side were two points clear heading into injury time, when a long ball into the heart of their defence bounced in the square. PCD corner-forward Ruairi Ó Beaglaoich managed to reach highest to tap the ball over the line and send his side into the last four.

It was cruel on a St Flannan’s side who fought bravely throughout with a massive defensive effort stifling the holders attack for large periods.

The Kerry side had the elements at their backs in the first half, and opened the scoring with a point through Cillian Falvey. St Flannan’s pounced for their goal just minutes later, when Cian McDonough picked out Darren O’Brien with a brilliant cross-field pass. The Eire Óg man made no mistake with a low finish across the keeper to send his side into the lead.

With torrential rain falling throughout, scoring chances were hard to come by as both sides struggled to win clean possession. PCD corner-forward Ruairi Ó Beaglaoich pulled the sides level with two well taken points midway through the half. St Flannan’s didn’t panic, and after Philip Talty was fouled, Emmet McMahon made no mistake with the free, and Talty ended the first half scoring with an opportunist point to see them lead 1-2 to 0-3 at the break.

If the first half was a war of attrition, the second proved even more so. Defences were to the fore, with sterling performances from Darragh Healy, Emmet McMahon and Cian McDonough in particular for the Clare men. It took all of 16 minutes for the first score of the second period, and it came to the Kerry men through Cathal Ó Beaglaoich to leave just a point between them. The sides were level two minutes later when Dylan Geaney angled over the crossbar.

St Flannan’s dug deep once more, and regained the lead when Kevin Keane showed great strength to fend off his opponent, and the Corofin man finished on the turn to send his side 1-3 to 0-5 clear with time almost up.
Then came the hammer blow of the PCD goal, and try as they might, St Flannan’s couldn’t engineer one last score as they bowed out in the cruellest fashion possible.