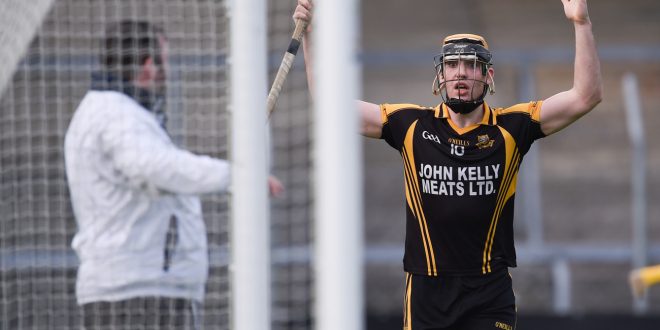 Ballyea had to survive a huge fight back by Galway champions St.Thlmas in the finalten minutes of this All-Ieland club hurling semi-final at Semple stadium in Thurles this evening.

In the end the Clare champions prevailed and deservingly reecorded a two point win to seal their place in the All-Ireland final at Croke Park on St. Patricks Day when they wll face either Cuala from Dublin or Slaughneal from Derry who meet in their semi-final at the end of February.

For three quarters of this tie Ballyealooked set to record an easy victory.Ballyea were in a strong position at half time when they held a seven point advantage, leading on a score of 0-10 to 0-3, and they were full value for that lead.

The Galway champions may point to some missed opportunities from inter county man Conor Cooney, but there is no denying the fact that the Ballyea defence was well on top and gave few oppoetunities to their opponents

The continued where they had left off in the third quarter at which time they had stretched their lead to thirteen points, 1-15 to 0-5.

At this stage St.Thomas’ threw caution to the wind a.nd they made wholesale positional switches moving defenders to attack and vica versa..

Conor Cooney who was well marshalled throughout blasted a 22m free to the net and this gave the Connacht representatives some hope. Ballyea responded with a brace of points from Niall Deasy but then St.Thomas’s took over and hit seven unanswered points in six minutes.

Cathal Doohan broke their dominance with an excellent score but the Galway men hit back with a brace of Darragh Burke points before substitute Anthony |Kelly got the vital touch for their second goal which left them just a point in arrears. Momentum was clearly with the Galway men but Tony Kelly, as so often in this campaign, came to Ballyea’s rescue and he fired over what proved to be the final score to ensure victory for the Clare champions.

Outstanding for the winners were Jack Browne, Gearoid O’Connell, Paul Flanagan who was particularly prominent in the final ten minutes, Tony Kelly and Niall Deasy who top scored with 1-11, 0-9 from frees.

Previous St. Brendans too strong for ‘Flannans
Next A faster trip from Doolin to Inis Oírr