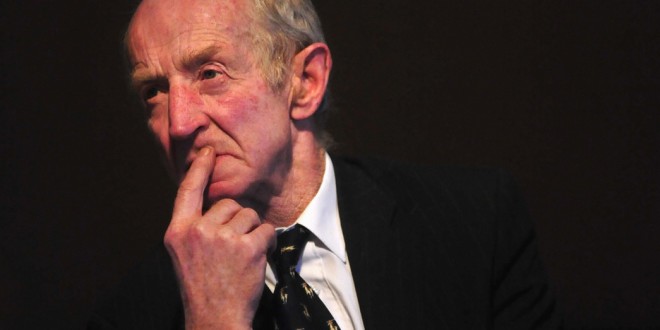 CLARE County Council is investigating claims that there are at least nine asbestos dumps in the Kilrush and Kilkee areas of West Clare.

The asbestos waste was dumped on both public and private lands and the Environmental Protection Agency (EPA) confirmed on Wednesday that it has been contacted on the issue.

The matter was raised by Councillor PJ Kelly at Monday’s Kilrush Electoral Area meeting. He later told The Clare Champion that he had discovered that it would cost up to €2.9m to pay for the clean up operation.
The council maintains, however, that the figure involved cannot be determined at this stage, as cost associated with carrying out these works “are as yet undetermined”.

In a statement on Wednesday evening, Clare County Council said, “All of the asbestos material investigated to date consists of broken pieces of asbestos cement water main. It is considered that all of this material originated on Clare County Council water services mains replacement and mains repair works.
The material appears to have been deposited on behalf of the council, over a number of years, up to June 2013.
“Asbestos waste material disposal is governed by legal requirements and requirements of the HSE and EPA. Clare County Council is currently investigating why the asbestos material was deposited at the locations and not deposited accordingly.”
At Monday’s meeting, Councillor Oliver Garry asked, “Is it private lands or is it council lands we’re talking about?”
“It’s both,” Councillor Pat Keane, who is the Kilrush Electoral Area chairman, replied. He said had been briefed on the issue on a number of occasions, while
Mayor of Kilkee, Paddy Collins said their authority had been aware of the dumping for some time.
West Clare area engineer, Cyril Feeney, acknowledged that the council were aware and are investigating the issue. He didn’t deny the suggestion that there are up to 10 asbestos dumps currently located in West Clare.

“I think that’s basically where it lies at the moment. I think the (Clare County Council) environment directorate are looking at it at the moment. I wouldn’t like to prejudice anything they might say on the issue. I think it is their intention absolutely, to brief the councillors in due course on this particular issue,” Mr Feeney stated.

At the meeting, Councillor Kelly said, “This started with the discovery of an unauthorised dump and when the council went to examine it, one led to another and now it appears that we have discovered 10 dumps.

It appears that the material dumped there is asbestos. I certainly hope that an awful lot of the stories emanating are not true and that we won’t have a lot of red faces over what has happened. I can’t understand how this thing actually happened,” Councillor Kelly told the meeting.
The Lissycasey councillor said that members of the public have to pay to dispose of asbestos and that he cannot believe that tonnes of it has been dumped in the region.
“An old age pensioner got an Essential Repairs Grant last year had to remove an asbestos roof from the house. It cost them a lot of money and they had to pay a licensed operator, who eventually got the got the material on to Dublin to be exported it to Germany. I’m absolutely amazed that, under our doors, there appears to be tonnes and tonnes of asbestos deposited in certain areas, which might be suitable for landfill in West Clare.

“There is a health issue involved. I understand at this stage that the Environmental Protection Agency is involved and that a Section 63 notice may be issued on the council in the very near future. If that is done and I presume the council will remove or hire somebody to remove the waste, I understand that the cost involved is going to run into millions of euro, which we don’t have,” he added.
Councillor Kelly outlined what, in practice, a Section 63 notice entails.

“I looked up the provisions of Section 63 over the weekend, which say that if we haven’t the capacity to move it, the EPA can then hire external contractors to move in. The cheque we’ll have to write will be absolutely frightening. It’s not too bad if it stops at ten (dumps) but it could very well be more,” he maintained.

Councillor Kelly insisted that the council must fully inform the public and county councillors, as to the extent of the asbestos dumps.

“I think it is only reasonable, as public representatives, that we should get an update on what’s happening. Are there only 10? If enquiries are continuing, there may be more. The public is entitled to know and we’re also entitled to know how it happened that they (county council) were sleeping for so long when a lot of people have to pay dearly to get planning permission for landfill and pay an annual fee to have it inspected by council staff.
“I think we should get a formal briefing from at least a director of services or the county manager on the extent, the implications and the cost of removal of waste and if other toxic material, other than asbestos, has been deposited in the same areas,” Councillor Kelly said.
Councillor Pat Keane said that he had been aware of the issue prior to the meeting.
“I am aware of what Councillor Kelly has spoken about and I have been briefed on a number of occasions. I have been on to the council in relation to it and I would agree that we need to briefed as a whole council. It’s a much wider issue and there may be a number of sites, where that material has been dumped,” he said.
Councillors Christy Curtin, Bill Chambers, Gabriel Keating and Oliver Garry said that they had been unaware of the claims.

“Are we part of a secret organisation or what?” Councillor Keating queried.

However, Mayor of Kilkee, Paddy Collins, who attended the meeting in that capacity, said that Kilkee Town Council had been aware of dumping issues for some time.

“Somebody mentioned there about a secret forum. Clare County Council have never hidden this. Kilkee Town Council got a briefing on it initially, when there was just one site. Since then I know that the number of sites have gone up,” he said.

“Unfortunately we don’t have the (Kilkee and Kilrush) town manager (Anne Haugh) with us today. She has been dealing with it, I know,” Councillor Keane commented.