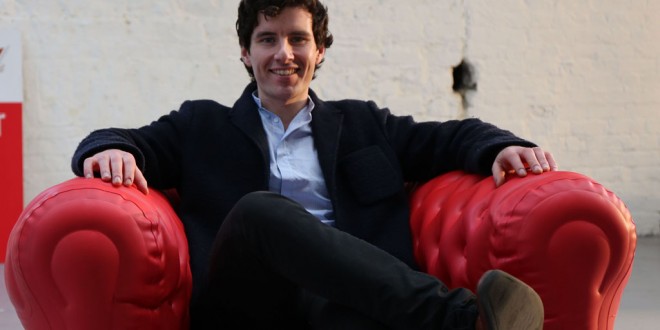 A TALENTED Ardnacrusha actor and director is among five finalists who are bidding to win a €50,000 prize fund to pursue his dream job.

Budweiser is asking people across the country to check out the finalist videos on their Facebook page and offer their vote to the person they believe deserves it most.

Although each finalist has already secured an equipment bursary of €2,000, the opportunity for the overall winner is life-changing; with a prize fund of €50,000 up for grabs, as well as the priceless mentoring and industry guidance they will receive.

The judging panel was headed up by Game of Thrones star, Liam Cunningham, alongside internationally acclaimed DJ Matador and TV presenter, Leanne Moore.

According to a Budweiser spokeswoman, the judges were very impressed by Mark’s passion for storytelling and his existing engaging productions.

Mark qualified in medicine in UCC three years ago but his dream has always been to work in acting and film. While studying, he spent most of his free time acting in the UCC Drama Society. His first short film, Drift, was awarded best director and best cinematographer in the first national March on Film competition last year.

Mark has since written a second film with his brother, Edward, and he also wrote a play that was staged in London last November. He has just received the news that his play will be published.

It was Mark’s drive and dedication that caught the eyes of the judges and secured his place in the final five.

Speaking about Dream Job, Mark said, everyone’s got a film they love – one that’s inspired them, made them laugh and made them cry.

“I want to spend my life creating these films. Winning Dream Job would allow me to make this my full-time career, buy my own equipment and ultimately shoot my first feature-length film,” he explained.

Members of the public, over 18 years, can vote for the Dream Job finalist that they feel most deserves to win on the Budweiser Facebook page (www.facebook.com/Budweiser) until midnight on Monday, March 23.

The applicant who receives the most votes will be revealed by Budweiser Dream Job ambassador, Hollywood star and Emmy Award-winning actor, Aaron Paul on March 26.

The overall prize fund of €50,000 includes a €40,000 cash prize, which will allow the overall winner the freedom to take real steps towards securing their dream job over a 12-month period. It also includes a €5,000 equipment bursary, as well as practical mentoring sessions with experts in the winner’s area of interest.

Budweiser’s Laura Douglas commented, “Mark Griffin’s application really captures what Budweiser Dream Job is all about. His passion, determination and pride really impressed the judges and secured his place in the final five.”