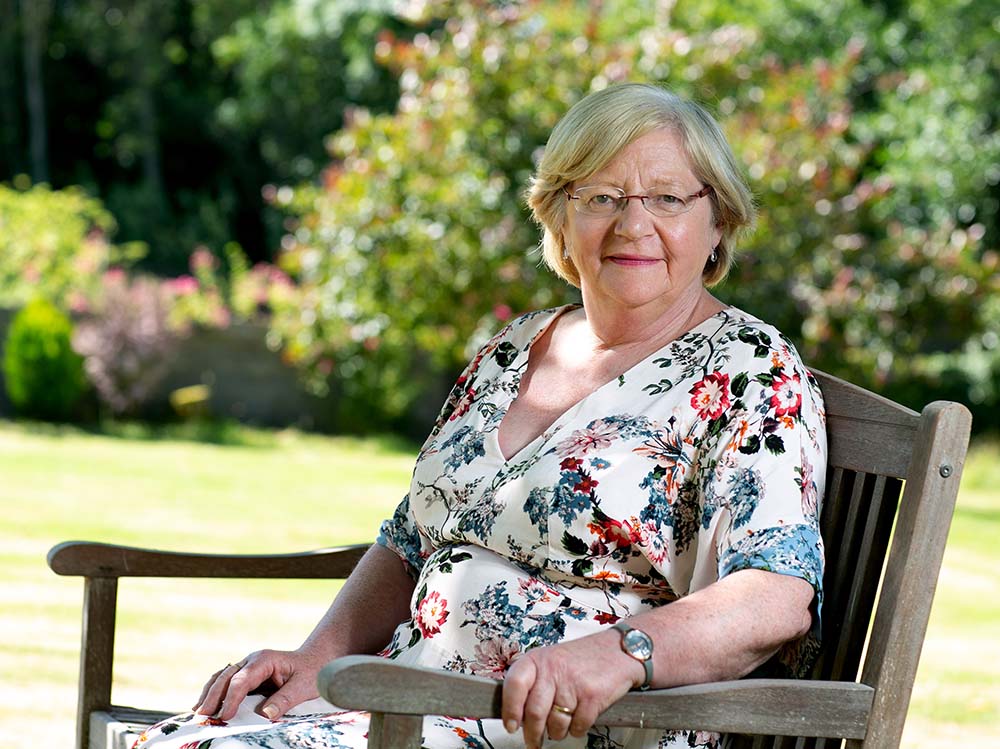 270618 Geraldine Gregan pictured at her home in Clarecastle.Pic Arthur Ellis.

Adoption is a “terrible option”

Clarecastle resident Geraldine Gregan made the difficult decision to give her baby up for adoption, a decision she has regretted ever since. Her pregnancy as a single woman brought shame, she was branded as damaged goods and had to hide out half way across the country for the last month of her pregnancy, writes Carol Byrne.

Originally from County Cork, Geraldine Gregan acquired a rare job as a quality manager in a dairy business in Cavan. After receiving a BSc in Dairy Science, her job security, being a single woman, was put in jeopardy when she became pregnant in the mid-1980s.

“The relationship had ended when I realised I was pregnant. I felt a deep sense of guilt and sadness. It was so wrong and selfish of me to be bringing a baby into the world that would not have a dad. My own dad passed away when I was 16 and I still missed him. I also felt sadness for letting down my mother, who had seen me through university. So I decided I’d go to the Catholic Crisis Pregnancy Agency, Cura, for help,” she said.

Geraldine, then 29, felt this pregnancy was going to be her only chance of giving life and, in making the decision to give her baby up, she consoled herself that her baby would have a loving and caring home, possibly with a couple that could not otherwise have children.

Having recently acquired the adoption agency’s notes, which noted how dependable she was and that she had a supportive family, she now questions why she wasn’t encouraged to keep her baby. Her only reason for giving the baby up was that there was more security with two parents.

“Nowadays, you’d say ‘get a grip woman and rear your child’. Why was I not worth having or rearing a child? Had I nothing to give? Why was I not capable? I was described as conversationalist, dependable, friendly, kind, had a sense of responsibility; I was warm-hearted. Were these not all good qualities in a mother?”

Cura organised for Geraldine to stay with a host family in Galway towards the end of her pregnancy. Her baby’s birth would be totally secret. “I took sick leave from work and stayed there. The host family had a beautiful house. They were lovely parents and I had nothing and it really sent me on the track of adoption,” she said.

Geraldine had a caesarean section and decided to keep her baby boy with her for the week she was in hospital. She also wanted to christen him John, after her father, but she wasn’t allowed to bring him to a church and instead he was christened in the room.

The day the social worker came and took him from her arms was extremely difficult. “The only thing they said to me was ‘you’re lucky now, you are going back to work and you’ll be keeping busy’. They hadn’t a clue. There was no way in the world that I was going to recover from this.

“From the time she took the baby from my arms, I was never again going to hold a baby, that was certainly in my head and that was even said to me, cruelly. You’ve lost your chance now. I was damaged and I had a caesarean section and I was ashamed of it, I was ashamed of everything. I was ruined,” she recalled.

Geraldine left hospital and drove back to Cavan. John was put in fostercare in County Clare, before being placed with a family there. “I went straight down to see him in Clare a week later. I had it in my head that I was going to make plans to keep him. I contacted social workers and they said ‘He’s grand and safe in Clare. He has a family, you should be getting on with your work, and you’ll be grand’. I never heard of Cherish but if I had, I would have looked for help through them.”

She was given the option of receiving letters and photos, so she took that up and received a photo of John’s christening. “I used to be dying for the letters and for the news.”

It took Geraldine nearly a year before she could commit to signing the final adoption papers. “The signing meant that all hope of John and myself being together would be gone. Work was becoming scarce for male dairy scientists in the mid-1980s, never mind a female version that was single with a baby and I didn’t want John and myself to be destitute. I had to be practical. John would be safe. I got a number of letters telling me how well he was settling in. He loved his new parents very much. The letters gave me comfort. What a selfish person I would be to deny John all of what was promised. John had a new name and, in all truth, I could not now break the heart of another woman, his new mum, by taking him back. I hoped John would be good for them.”

It was arranged that Geraldine would sign the final adoption papers at a convent and she did this on her own. “I wanted to write a letter to John that I hoped he would read in the future, saying I wasn’t all bad and that I loved him dearly. I felt so ashamed. I wanted to explain the decision I made, hoping he would understand that I wanted a secure happy future for him with a normal family. I could not deny him that family. It would be awful selfish of me,” she said.

She wanted to give John some information about herself but was afraid he wouldn’t get the letter if she revealed too much and it pained her that he could not know who she was.

“I prayed a lot in those days that the decision was the right one. It had to be. I did regret it, of course I did. I think it’s daft, I think it’s nuts and off the wall to think that a mother can forget, and that a child should not know who the hell they are. That’s a desperate thing to do to anyone. I think it’s terrible for everyone involved.”

Geraldine married in 1989 and her husband, Gabriel, was very supportive. He was posted to County Clare in 1993 and the couple settled in Clarecastle. They had three children but Geraldine was always conscious she was in the same county as her adopted son.

“I relived the loss, with every birth. The week after I had my daughter, I nearly cracked up because I thought she’d be gone from me after a week. I thought she was going to die. That’s the damage it caused. It’s not spoken about at all, but it does exist.”

Each time she went to mass, she wondered if the altar was the same one where John’s christening was held.

“I used to wonder where he was and would I meet him on the street. It was hard. The desire to know was so strong. Life went on but I did have it in my head that I was going to contact him sometime”.

As the immediate past chairperson of the Clare Fine Gael Constituency Executive, Geraldine made her feelings on adoption known at a party conference prior to the referendum on the Eighth Amendment.

“I felt there was going to be a big push to say adoption was the better option. Adoption is a terrible option. It’s another terrible situation, I’m sad to say. It’s not a human solution at all. Look at how many lives it is affecting. It has affected my children’s lives, it’s affected my husband’s life, my life,” she said.
She added that although she has moved on somewhat, she feels little has changed in society’s attitudes to crisis pregnancies, having been approached recently by a girl who was considering adoption.

“I was so surprised by how scared she was. She was a university student and was back where I was. Girlfriends of hers were saying ‘oh how did she get pregnant’. There is a shame still.”
She asks for women, especially, to respect other women whether they are single and pregnant, married and pregnant or not pregnant at all.

“If there wasn’t half the pressure there is on couples with ‘have you any news’, they wouldn’t be driven crazy,” she concluded.

Carol Byrne is a reporter at The Clare Champion newspaper reporting on news in the East Clare area and the arts. She also covers the courts in County Clare and has received seven national awards for this coverage from the Law Society of Ireland and a National Lottery Local Ireland national media award for Best Community Story 2019. A Masters in Journalism graduate of NUI Galway, she also holds a Bachelor of Arts from the University of Limerick in Music and Media Studies, and a Higher Diploma in Irish Legal Studies. She began her career interning at The Limerick Leader and Clare FM, before taking up a full time post at The Clare Champion in 2006.
@@Carlsburn
Previous O’Dea inspires Clare ladies to a winning start
Next Irish Open exposure for Trump International