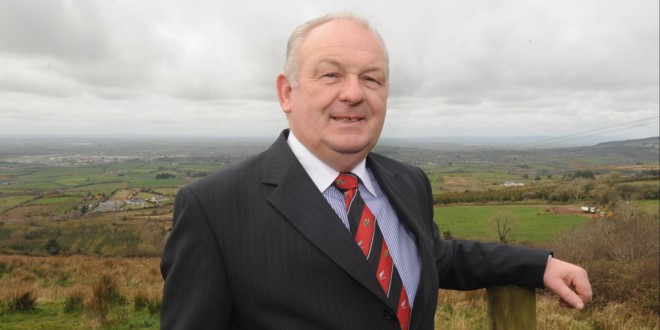 Councillor PJ Ryan claims he has been the victim of a sinister smear campaign which was designed to sully his good name and character.

A ‘sinister smear’ against councillor

SIXMILEBRIDGE Councillor PJ Ryan has hit out at the author of a “sinister smear”, which he believes was designed to sully his good name and character.

Councillor Ryan has been the subject of an anonymous letter containing details of financial judgements made against him, when he was owed an estimated €200,000 by sub-contractors and other traders who went to the wall during the economic crash.

The oil distributor does not know who was behind the publication of an unsigned document, which was circulated among local businesses in the village in recent weeks, detailing court rulings against him when he was owed a substantial amount of money.

The independent councillor was shocked when he was contacted by local business people who received the letter and informed him of its contents.

It contains details of four judgements against him, totalling almost €100,000, with a rhetorical question at the end of the document, “Does he owe you?”

The typed, addressed envelopes were posted to Sixmilebridge business people, including Mr Ryan’s son, Gearóid, who also runs a business in the village.

Councillor Ryan has confirmed that the first three amounts were paid, while a settlement was reached with the bank for the last amount.

“This is a ‘sinister smear’, which is designed to undermine my good name and character. I do not owe any business person in Sixmilebridge any money and I have dealt with all the financial judgements in relation to my business.

“I am appalled that an attempt was made to sully the name of a public representative and business person. I don’t think anyone deserves this. If a person wants to circulate something about me, they should be prepared to sign their name to it and stand over it. This is a cowardly action.

“I am not looking for any sympathy in relation to the money I was owed. I am one of thousands of people throughout the country, who lost tens of thousands of euro when the construction trade collapsed. People who owed me money went to the wall and couldn’t pay it.

“I just happened to be at the wrong end of the construction industry supply chain. I was supplying oil and other goods to builders and contractors over many years,” he recalled.

Councillor Ryan said he has received great support from traders, who have disassociated themselves from its contents.

Bridget Quinlan, who runs a hair salon in Sixmilebridge, told The Clare Champion she was shocked and appalled to receive the document.

“Nobody should be subjected to this type of treatment. Any business person can experience financial difficulties for genuine reasons. It can happen to any of us but this should not be published for everyone to see.

“When I got the letter, I was shocked. I didn’t know what to make of it first, as I wasn’t sure if PJ owes us money until I read it again. I rang him to inform him what was going on. PJ has got great support from businesses, who have disassociated themselves from this document,” she said.