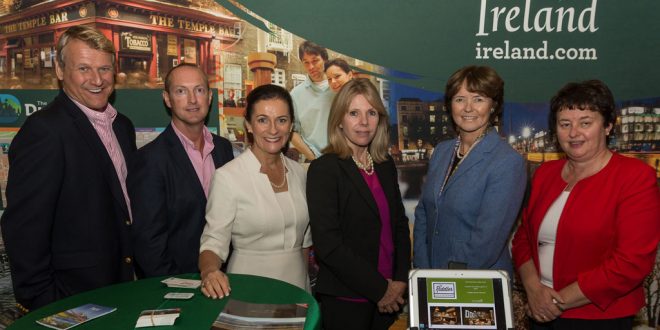 A delegation of 19 tourism enterprises, including the Old Ground Hotel in Ennis, undertook a three-city trade and media blitz to the west coast of the United States last week.

California is now the second largest and fast-growing market within the United States for tourism to the island of Ireland. The sales blitz coincided with the announcement by Aer Lingus that its Los Angeles-Dublin flight will become a daily service for summer 2017. This is in addition to the Aer Lingus San Francisco-Dublin flight and Ethiopian Airlines’ service from Los Angeles.

The ‘Jump into Ireland’ events were also an ideal opportunity to remind the American travel professionals that it’s now easier than ever before to get to the island of Ireland from the west coast of the US.

Alison Metcalfe, Tourism Ireland’s head of North America, said, “2016 looks set to be another record-breaking year for Irish tourism from North America, with the latest CSO figures showing almost 1.6 million arrivals from North America during the January to October period this year – an increase of +18% when compared to the same nine-month period in 2015.”

The ‘Jump into Ireland’ schedule included a B2B event in each of the three cities, showcasing the island of Ireland via a special travel TV show format to American travel professional. Te meetings included an opportunity for interviews with travel and lifestyle journalists.