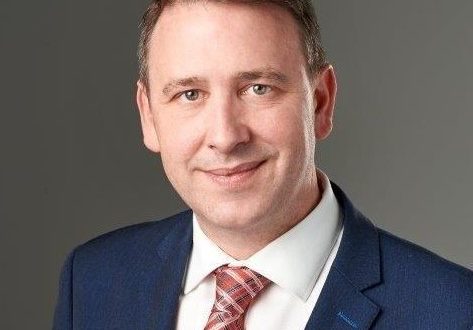 A GLOBAL bio-pharma company is expanding its operations and has decided to invest in Shannon, resulting in the creation of up to 100 new high-end jobs, Clare TD Joe Carey has confirmed.

Deputy Carey said the announcement by MeiraGTx that it is to bolster its employee headcount with a new facility in Shannon is a “fantastic boost” for the local economy.

He described the announcement as a “major shot in the arm” for Shannon and the entire region.

“This is fantastic news for Clare and the Mid-West, particularly in light of the pandemic and the huge pressure it has brought to bear on Shannon Airport and many local industries,” the Clarecastle-based TD said.

“It is also a massive vote of confidence in the area from an innovative international bio-pharma company that clearly sees the long-term benefits and potential of investing in Shannon and the Mid-West. This jobs announcement underlines the crucial importance of Shannon Airport in providing global connectivity to Clare and the region.”

In its second quarterly 2020 financial results published today, MeiraGTx said the investment in Shannon is part of the company’s expansion of its “pipeline of potential gene therapy products”. The company said it is looking forward to “working with the local community in Shannon” as it establishes its manufacturing facility. It said it expects a “plasmid production facility” to be operational “by the end of 2020”. A second “viral vector manufacturing facility” is due to be operational by the end of next year.

Referring to recent reports which indicated Aer Lingus is considering closing its base at Shannon Airport, Deputy Carey said today’s announcement highlights the hugely positive sentiment internationally towards the region.

The Clare TD added: “This sends out a very positive message that, in spite of the pandemic, Shannon and the Mid-West is very much open for business.

“I look forward to working further with my colleague, Tánaiste and Enterprise Minister Leo Varadkar, together with the IDA and Enterprise Ireland, to identify exciting new employment opportunities for Clare and the wider region over the coming weeks and months.”

Owen Ryan has been a journalist with the Clare Champion since 2007, having previously worked for a number of other regional titles in Limerick, Galway and Cork.
Previous Fears for Aer Lingus Shannon base
Next GAA chair says everybody must be protected