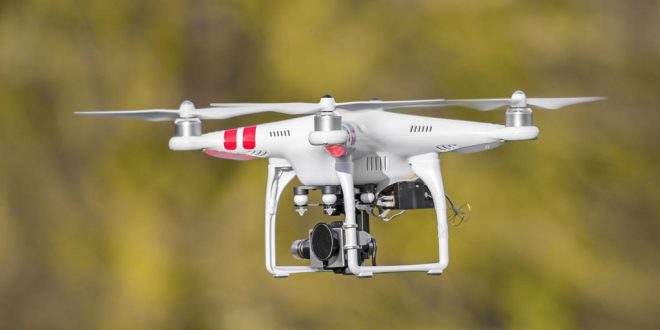 DRONES could soon be flying over the skies of County Clare in a bid to combat the “scourge” of illegal dumping.
Clare County Council has confirmed it is considering using drones as part of efforts to tackle dumping. The council is investigating the potential of working alongside the Civil Defence, who already have a drone.
Details of the plans emerged at this week’s meeting of the Ennis Municipal District, where Councillor Johnny Flynn stated, in some cases, that the dumping is part of “a well organised criminal activity”.
He urged the use of “smart technology” including drones to catch those responsible.
He said the drones could be used to identify areas where dumping is being carried out, and “hopefully identify the culprits”.
“We need to improve our use of smart technology to catch these people; a lot of these people are mobile. This dumping is not just anti-social behaviour, it is criminal activity and, in many cases, it’s organised criminal activity, where people are paying to have their rubbish taken away and it’s getting dumped.”
He added that “anybody caught in this illegal criminal activity should lose their licence”.
Councillor Flynn also asked for a progress report on the implementation of Clare Household Waste Bylaws in the district.
John O’Malley, acting senior executive engineer for the environment section, responded, “Clare County Council continues to use the waste bylaws to focus efforts on specific areas, estates or streets/properties within County Clare, which have been identified as being of particular concern with regard to littering or illegal dumping of waste. We are working in co-operation with the waste collection companies who are now legally obliged to work with the local authority and provide information regarding who does or does not have a waste collection service in operation at any given time. This approach has yielded significant benefits with regard to improving the uptake of kerbside collection services amongst the general public.”
He also confirmed, “The Waste Regulation and Enforcement Unit of Clare County Council is considering including the use of drones in their methods of combating illegal dumping in the county. We are investigating the potential of working along with the Civil Defence organisation in County Clare, who already have a drone at their disposal. There are significant operational, legal and data protection issues to be determined, especially with the presence of Shannon Airport in the locality, and these will be examined in the near future.”
He concluded, “With regard to all illegal activity relating to waste/dumping, Clare County Council Environment Section will act on information received and would appeal to anyone with knowledge of such activity to pass on whatever information they may have to the council, anonymously if preferred.”
The enforcement team can be contacted directly at 065 6846331 or information can be communicated through the Anti-Litter Hotline on 1800 606 706 or by email to enviroff@clarecoco.ie.

Clare County Council is tko consider the use of drones to stop litter dumpers.
Previous Chocolate is harmful to dogs
Next Ennis is country’s latest Gigabit town