Home » Arts & Culture » Youth groups get behind the camera 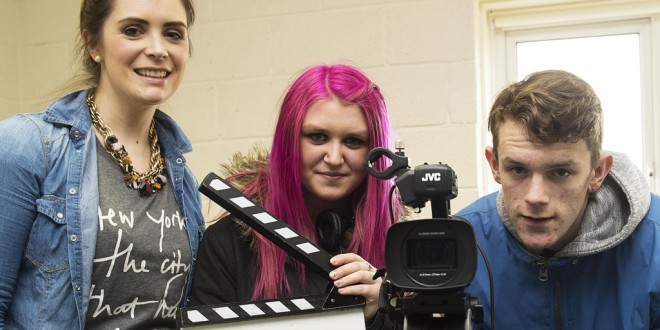 MEMBERS from The Junction Youth and Community Group in Ennis recently attended a film-making workshop in Westside Resource Centre, Galway City, ahead of their entry to the X-HALE Youth Awards 2015.

X-HALE is an initiative developed by the Irish Cancer Society to encourage young people to take action on the issue of smoking in their own communities. As part of X-HALE, the Irish Cancer Society hosts the annual X-HALE Youth Awards, which sees youth groups from around the country enter community action projects and film projects around the issue of smoking.

A number of youth groups attended the filming workshop in preparation of their film entries to the X-HALE Youth Awards in the summer to learn about film producing and editing. All of the youth groups involved in the film and community action workshops have received grants from the Irish Cancer Society to develop their project.