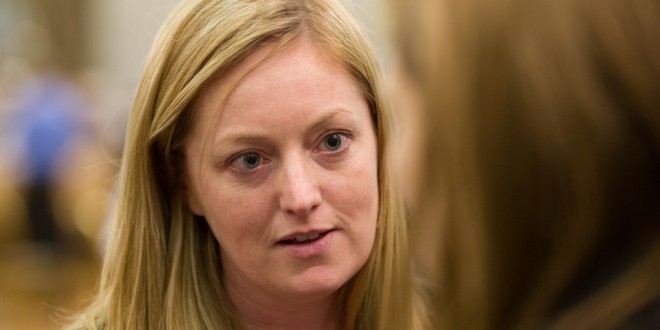 THIS year, for the first time since the 1970s, Sinn Féin won a seat on Clare County Council [Mike McKee in the Shannon Municipal District]. In West Clare, Noeleen Moran won 1,023 number one votes, not enough to get her over the line but, certainly, an excellent performance.

Local politics is hardly brimming with young women. She said voters told her they were glad to see someone with her background standing. “The vote that we received, it was probably better than we expected but the feedback we got was that it wasn’t just a vote for Sinn Féin, it was also a vote for the fact that I was a woman and a younger politician.”

After finishing school in Lisdoonvarna, she went on to study Public and Social Policy and International Law and Human Rights. Unlike many of her generation, including her own siblings, she found work in Ireland. “I finished college last year and I worked in Boston Scientific first of all. It’s temporary contracts and I was lucky, when my contract finished in Boston, they were hiring in Zimmer (the Shannon-based company).”

Younger people have been, by far, the hardest hit by joblessness and emigration. Noeleen feels the general absence of people of her own age group from political discourse is part of the reason.

“I just have this belief that you can’t afford to not participate in politics. If you don’t participate, you’ll lose out. If you’re not around the decision-making, if you’re not participating in discussions, then you don’t have a say. You can see that in the under 25 age group, in the way that social welfare got cut for them, how education grants have been cut, how we’ve been landed with these JobBridge schemes and stuff like that. That’s all from the lack of participation.”

When Noeleen met with The Clare Champion, she had just dropped her mother to Shannon Airport, as she was going abroad to visit one of Noeleen’s siblings. “Most of my family have emigrated, they’re in Vancouver, London and France. They’re all college graduates who couldn’t get work here.”

While they might not have been able to vote for her, Noeleen says they did what they could to offer their support. She believes young people who have emigrated since the economic collapse keep a close eye on Irish politics from abroad. “They were really supportive, I had good help from them with the online stuff. It probably means more to emigrants, they mightn’t have been politically active or involved while they were here, but since they left home, they’ve taken more notice of what’s going on and I think that’s probably the case for a lot of people.”

Many civic-minded people would not dream of getting involved in politics, instead putting their energies into charities and community organisations.

Some believe it gives them more of an opportunity to make a positive impact in their communities rather than throwing their lot in with a party. Cynicism about politics may be widespread but Noeleen is rather idealistic about it.

“We’re the younger generation coming on, so it’s our job to build stability where things have failed in the past. If you just give up, what’s to take its place? It’s the younger generation’s role to try and stabilise things and do things better. It should be more of an encouragement to people to get involved in politics to try and correct these mistakes and make sure they don’t happen again.”

The internship programme JobBridge is a major plank of the Government’s response to mass youth unemployment. Controversial since its inception, there have been many claims it is being roundly abused by companies.

Noeleen is also a critic and believes the scheme actually retards job creation, encouraging employers to recruit interns instead of employees. “An employer is getting concessions to take somebody on for free, so why would they ever fill that position and pay wages?”

Thousands, possibly millions of people, still won’t consider voting for Sinn Féin, which continues with the same leadership as when atrocities like the bombing of Enniskillen, the murder of Gerry McCabe and countless other shootings and bombings were carried out.

When asked about her views on those events, Noeleen espouses something quite close to what is the current party line about it being a complex issue, while drawing attention to injustices inflicted on the Catholic population.

Many analysts view the continued presence of Gerry Adams at the head of the party as a political liability, if Sinn Féin has aspirations to further development in the South but she would not hear of it when she spoke to The Champion some weeks ago.

“I think since the Good Friday agreement, we’ve moved on and I think a lot of people acknowledge that and see Sinn Féin as an up and coming party. I don’t think Adams’ position offends too many people any more.”

She starts work in Shannon at 3pm and while she didn’t win a seat in this year’s election, she spends her mornings dealing with issues that are normally dealt with by councillors

“My phone is ringing, we get letters from different organisations and different groups. We try and do our best to help them with their issues with the council. Water is a big thing at the moment and people with housing issues is massive as well.”

That kind of work is exactly what someone aspiring to run in the next general election should be doing. Is she lining herself up for a run for the Dáil? “I suppose I’ve received a lot of encouragement to go again. I would be thinking about it but I wouldn’t commit to anything just yet. I can’t anyway, it’s a party decision.” 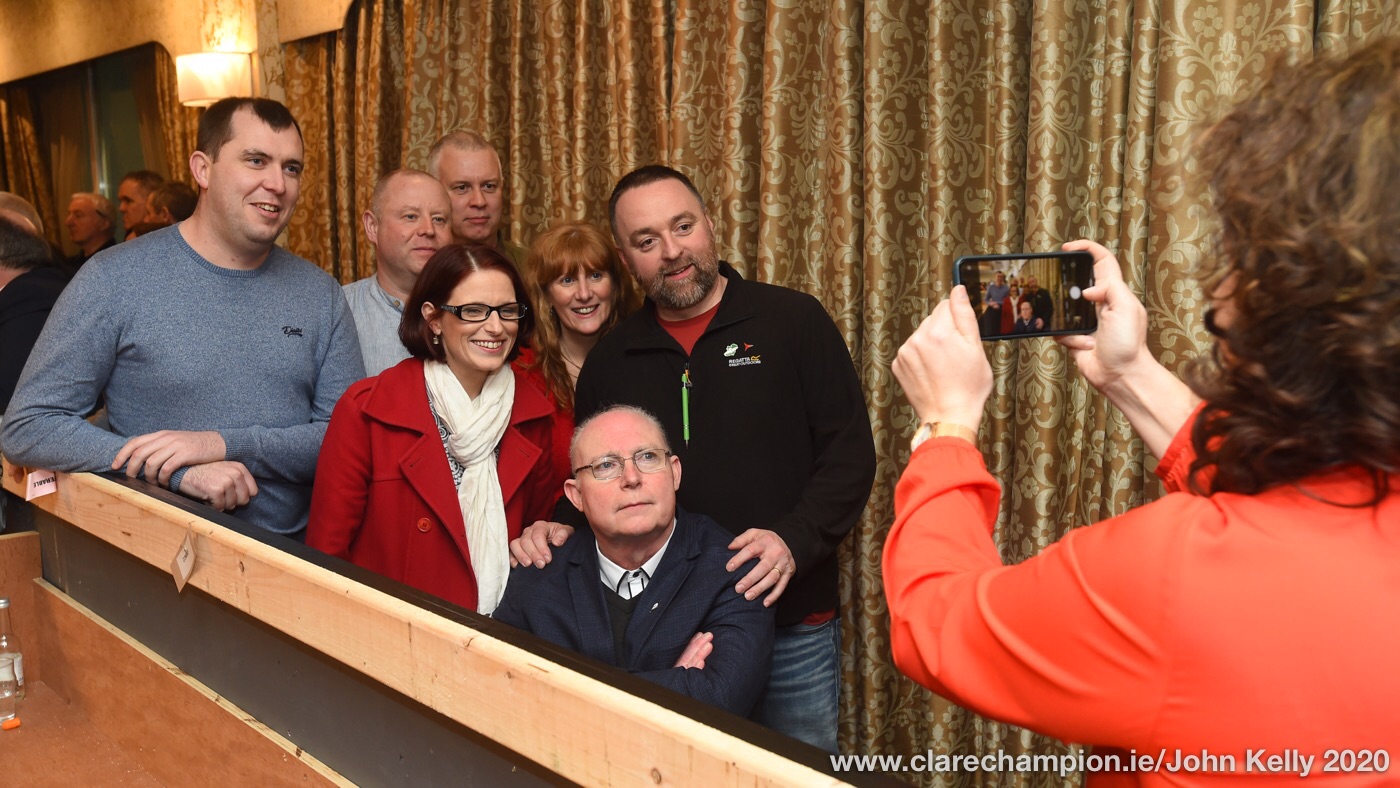