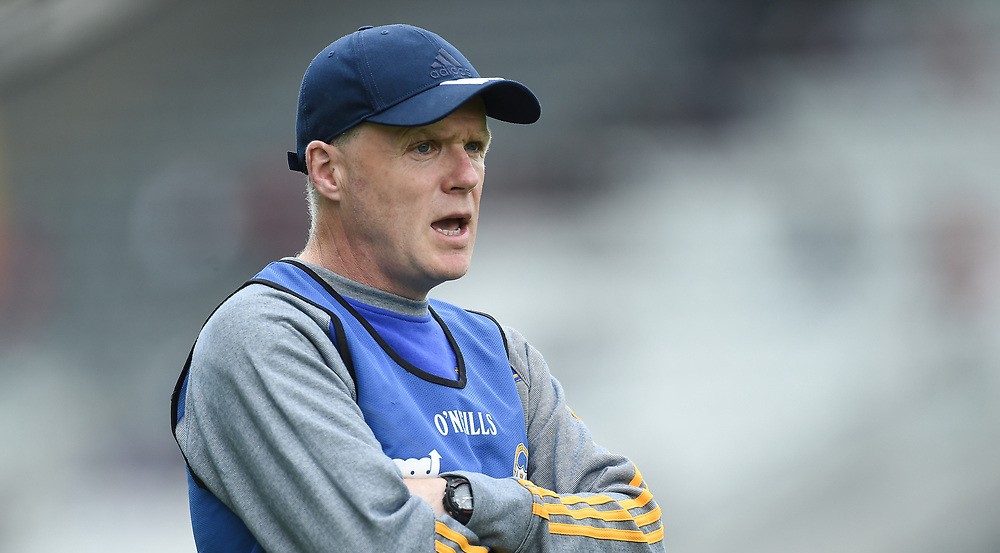 Clare will be without one of their key men when they open their U20 Munster hurling championship campaign on Monday next.

Sean Doyle and his management team have been dealt a blow with the news that talisman Aidan McCarthy is ruled out of the game after the Inagh-Kilnamona man suffered a broken thumb.

It also leaves him in a race against time to be fit for Clare’s Munster senior hurling quarter-final showdown with Limerick on October 25, with the highly rated star due to be in a cast until just a few days before that tie.

Fellow promising Combo star Conner Hegarty is also listed in the extremely doubtful category after he suffered a knee injury, but a broken nose is not expected to keep Shane Meehan from lining out under the lights in Semple Stadium.

Doyle admits while there is still much uncertainty surrounding how the remainder of the sporting year will play out, his side are just focused on being ready for a huge battle.

“We are all in a bit of limbo at the moment but as things stand we are looking forward to playing Tipperary next Monday. We went back training after the club championship and we saw a lot of players during that campaign. It was great to be able to do that because a lot of clubs now are training their players like county teams anyway so they are always in great nick between senior, intermediate and junior. It is a loss not having Aidan for that game, because he is in the top two or three in terms of U20 players in the country, that is how good he is. He has senior experience and has been a big player for us. He rang me the day after it happened and told me. He won’t be out of the cast until the Wednesday after we play so hopefully we will have him for the next day out if we get over Tipperary in Thurles” he said.

McCarthy is one of a number of players who are also part of Brian Lohan’s senior squad along with Shane Meehan, Cian Galvin, Mark Rodgers, Paddy Donnellan and Darragh Lohan. Doyle outlined that it is challenging for both sets of managements to strike a balance when it comes to getting access to players.

“Brian is making them available as much as he can to us but he has a big game coming up against Limerick too so he needs as many players for his in-house games as he can too. We were meant to have Offaly and Wexford over the weekend but those games had to go as no U20 challenges are allowed at the moment. We played Limerick last week and Kerry seniors so lucky to have those workouts. This is a young squad. Out of the 33 players, there are only eight who will be on the age this year. They are young, but they are hungry and they are mad for success” he noted.

A decision was taken last week that challenge games at minor and U20 level were no longer permitted and while Doyle accepts that is not ideal, he feels that fact it is across the board means the impact may be lessened. He also stated that everyone in the squad is taking all precautions to ensure that Covid outbreaks are avoided as much as possible.

“It is the same for Clare as it is for everyone else. We were lucky to get the game against Limerick because the restrictions came in the following evening. Whatever about anything else, the health of the players is the most important thing and that is where our focus lies. They are very good at training and they are a great group to mind themselves. A lot of them came through Fergal Lynch’s minor panel last year and we have added some more that might not have featured in that so it is great to have the players coming through. The future for Clare hurling will be good if we can get a steady flow of these lads coming through. We have emphasised the importance of minding themselves and watching their movements and they have been brilliant in that sense. They are all trying to do the right thing to avoid any outbreak happening that would scupper us this week. It is up to all of us as players and management just to be vigilant and careful because we really are in uncharted waters here. As of now, we are really looking forward to next Monday night and we will be going there fully expecting to get a result out of it” he stated.

Tipperary are the holders of the title at this grade after victory over Cork in last year’s provincial and All-Ireland deciders. Doyle is expecting a battle but is confident his players will be ready for what lies in store. He also feels that fact that the game will be played behind closed doors will make the venue less intimidating.

“I have been watching some of their challenge games to see how they are getting on and we know they have some fine players. They are very good up front but they have lost some of the players from defence. Last year we had the daunting task of going down to Cork, and we have another one this year going to the home of the All Ireland champions. The only thing is there won’t be any supporters there for either side so that might even it up a bit. Going down to Cork last year we were also playing against the home crowd as there were only a few hundred Clare fans there. You are up against the supporter element and when the home side get the scores you can hear and feel the energy that comes from the home crowd with that. With no supporters there for either side, it will be an even contest in that sense” he said.

Clare U20 Hurling Panel and Management 2020