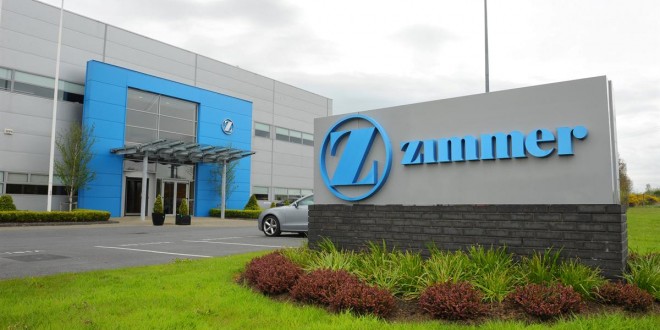 The Zimmer facility in Shannon. Photograph by John Kelly

WHILE Intel will not comment on how their redundancy programme will affect its Shannon operation, it is expected that job losses are likely to be proportionate to the numbers going throughout the company.

Intel is laying off 11% of workers around the world and there are around 250 employees in Shannon. An Intel spokesperson said on Wednesday that voluntary redundancy will be available to people within certain criteria, while information on job losses at their individual sites is not currently available.

Shannon is a core European research and development site for Intel’s communications and intelligent systems businesses.

The company first came to Shannon in 2000, when there were around 40 employees. The work at Shannon is highly skilled, with 95% of workers there educated to third level or higher.

Accounts filed at the end of last year for Intel Research and Development Ireland Limited (formerly Intel Shannon Limited) showed that in 2014, the average wage at Shannon was US$83,853.98, which converted to euro meant an average wage in excess of €79,000.

The amount of people working there increased by 38 to 254 in 2014, while it made a profit for the financial year of in excess of €9.2 million.

Separately, Zimmer is seeking to increase production at their plant and are aiming to recruit a number of new employees. However, it is understood that there has been some dissatisfaction among existing employees about terms and conditions at the plant in recent weeks.

Zimmer was approached for comment more than once this week and no response had been received at the time of going to press.