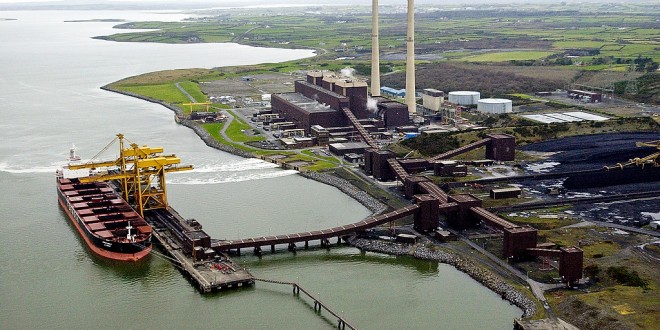 IT is expected that new cost-saving measures, potentially redundancies, will be announced at Moneypoint within days.

While an announcement had been expected on Thursday of this week, that has now been deferred to next Monday and staff at the plant are very concerned.

One long-time employee told The Clare Champion on Wednesday that he has never seen morale as low at Moneypoint, with huge uncertainty about what the future will hold.

This year has already seen significant cutbacks, with the vast majority of contractors at the plant already having been let go, while it is understood that at the moment the plant is almost devoid of personnel each weekend.

Ireland is due to finish generating electricity from the burning of coal by 2025 and Moneypoint reportedly uses in the region of two million tonnes of coal per annum.

In a statement on Wednesday, the ESB said it was “committed to engaging and communicating with stakeholders” on the challenges faced by the competitive environment and the move away from coal generation. However, it also warned that Moneypoint’s future cannot be assured beyond six years time. “ESB is currently examining technology  options for Moneypoint beyond 2025 that will deliver large-scale electricity generation, fuel diversity and security of supply. The development of replacement generation for Moneypoint, however, is contingent on a project winning an open auction for a capacity contract and on being commercially viable.”

Kilrush Councillor Ian Lynch said that the situation at what has long been one of the most significant employers in West Clare is very worrying. “It is very difficult for staff that have been working there for years,” he remarked.

If jobs are shed at the plant, it will have a detrimental impact on West Clare, which already has few employers, he added. “A big challenge has been trying to get in an employer that would give 100 plus jobs but that was even before jobs were being lost at Moneypoint.”

Councillor Lynch said that very little information has been made available about the plant. “In five years on Clare County Council, I was trying to find out what was the plan at Moneypoint and then all of this has come out in a few weeks, without consultation.”

Fianna Fáil general election candidate Rita McInerney said that the cutbacks at the plant are a big concern for West Clare. “I understand that at a recent meeting, staff were told that the ESB are trying to keep the plant open until 2025 but failed to give any concrete guarantees on that. In addition, it announced that it will now only be running winter operations.”

Owen Ryan has been a journalist with the Clare Champion since 2007, having previously worked for a number of other regional titles in Limerick, Galway and Cork.
Previous Blow For Clare Camogie As O’Dea Opts To Concentrate On Football For 2019 Campaign
Next Bord na nÓg Peil PRO Concerned About Lack Of Ambition In Minor A Club Championship