CLARE doesn’t have a female TD and just one out of 32 county councillors is a woman but Shannon town councillors don’t feel steps need to be taken to encourage women to stand for election.

They met on Tuesday night to consider responses to a questionnaire sent out by Environment Minister Phil Hogan to local authority members, asking for views on local government.
One question asked, “Do you believe that more needs to be done to encourage more women to stand as candidates in local authority elections?” and it was to this question that the members gave the thumbs down.
Independent Councillor Gerry Flynn said he isn’t in favour of any moves on this front. “I come from a house where I’m the only lad and if I mentioned special privileges, I’d be shot,” he quipped.
He said women “are very competent and should be treated as equals”.
Another independent, Councillor Cathy McCafferty, backed him. “We all made a decision to go into politics and nobody twisted our arms behind our backs or said that we couldn’t.”
She said women go to work and pay childminders and that politics is similar.
Fine Gael’s Sean McLoughlin said all the women he knows who are involved in politics are very competent, while Councillor Patricia McCarthy said she had research that showed women are more likely to be elected if they opt to run but that few do so.
Councillor Mary Brennan raised the lack of maternity leave available in politics, Councillor McCarthy said her youngest child had been just six weeks old when she had first begun canvassing. Councillor McCafferty said anyone who is self-employed does not have maternity leave available to them. She said her son was born on a Tuesday and she went back to work on Friday of the same week.
Labour party Councillor Tony McMahon said he doesn’t believe in any form of discrimination and is opposed to taking steps to encourage women particularly to stand. He also pointed out there is no legislative bar to women, preventing them from standing.
Councillor McCarthy, who is one of the county’s longest-serving politicians, said there is an “element of mystique” around politics and men often give women the impression it’s very difficult.
“Men think a lot of things are difficult,” Councillor Brennan joked, upon hearing this. 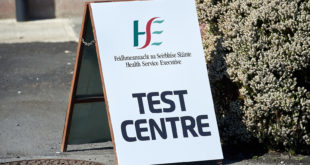