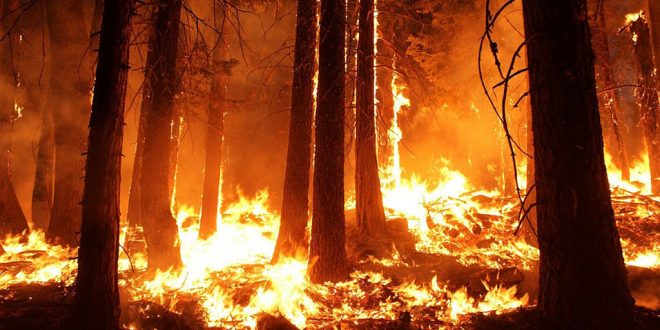 In a week during which a major forest fire has raged  near Oughterard in County Galway, landowners and visitors have been warned to be more careful during this spell of exceptionally dry weather.

Minister for Agriculture Food & Marine, Michael Creed and Minister for Arts, Heritage, Regional, Rural & Gaeltacht Affairs, Heather Humphreys have reminded landowners and the public that it is an offence under Section 40 of the Wildlife Act, 1976 (amended by Section 46 of the Wildlife Act, 2000) to burn, from 1st March to 31st August in any year, any vegetation growing on any land not then cultivated. Individuals who are found to burn vegetation within that prohibited period are liable to prosecution by An Garda Síochána or by the National Parks and Wildlife Service.

Commenting on the recent incidence of gorse fires throughout the country, Minister Creed said, “The Department of Agriculture has issued a number of Fire Danger Notices to the forestry sector since the beginning of March, including elevating the risk to ‘Red’ on May 2 in advance of the recent spate of fires.  These fires are monitored through a combination of EU Copernicus and US NASA data streams which have detected over 50 illegal fire locations using satellite data up to April 21. An indication of the scale of the problem is that this number represents just under half of the total known fire locations to that date.

Minister Humphreys added, “Deliberate or uncontrolled fires can destroy habitats, wildlife, farm land and farm structures and can threaten homes and lives. There is a huge cost to this reckless behaviour not just to physical property, but also the cost of disruption to normal emergency services operations.

“I would urge all forest owners, farmers, rural dwellers and other countryside users to be vigilant to the threat of fire, to report any suspicious activity to An Garda Síochána, and to report any uncontrolled or unattended fires immediately to the Fire and Emergency Services via 112/999 service”.

In a week during which a major forest fire has raged near Oughterard in County Galway, landowners and visitors have been warned to be more careful during this spell of exceptionally dry weather
Previous Daily Telegraph highlights Clare
Next Arts funding for ‘not for profit’ groups