Home » Lifestyle » What does the future hold for Lisdoonvarna? 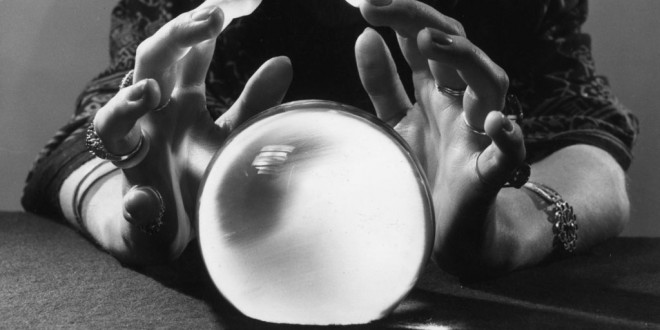 FORTUNE tellers were on the receiving end of councillors’ wrath this week, for parking their camper vans in Lisdoonvarna for the months of August and September.

Parking problems in the North Clare town were raised at Tuesday’s meeting of the West Clare Municipal District in Kilkee, when councillors Bill Slattery and Richard Nagle outlined their concerns.

“You have traders and you have fortune tellers who take up their positions in the square, along the bog road and remain there for the whole month of September, taking up prime parking spaces,” Councillor Nagle claimed.

The Clare Champion contacted a number of fortune tellers for their take on the suggestion that they park up for weeks on end in Lisdoonvarna. However, just one, on the understanding that she remained anonymous, was prepared to comment.

“I predict that there will be no issue this year, if we are provided with somewhere to park. However, I also predict bad tidings for anyone who makes us park too far away from the town square,” the experienced fortune teller warned, although she seemed to be good humoured about it.

Councillor Nagle, who is on the board of Lisdoonvarna Fáilte, said the parking issue arises annually.

“It is an issue that has been raised on a number of occasions by members of the board, who are seriously concerned about the damage this is doing to the commercial life of the town during the months of August and September. The camper van problem was solved to a degree last season because Lisdoonvarna Fáilte provided camper van parking at The Pavilion. While it has solved one problem, other problems remain.

“The new committee is willing to take the camper vans off the street and Marcus White in the Hydro said that he would allow 10 or 12 camper vans to park at The Thomond, which is closed down. That would take all of the camper vans away from the main street in Lisdoonvarna and stop what’s going on there,” Councillor Nagle forecast, adding that traders and fortune tellers have been known not to agree with suggestions that they park elsewhere.

“The opinion of the business people is that they are having a very negative impact on the image of the town and on commercial activity,” he said.

Councillor Slattery said he has been contacted by residents in Lisdoonvarna who have grown frustrated.

“The residents in St Brendan’s Road contacted me two years ago to come up to Lisdoonvarna and see the way the camper vans were being parked up for the summer, depriving the business people of the area of business.

“They were parking their camper vans and their caravans in the square and were emptying the contents of their night toilets out into the gullies on the main street. Superintendent Seamus Nolan went to Lisdoonvarna, where he met the residents and business people in 2013.

“He said that if double yellow lines were put down in the square and on St Brendan’s Road, that he would enforce the law.

“Council engineer Steve Lahiffe agreed at that time to put the double lines down in the square and some double yellow lines down on St Brendan’s Road. Last year, the camper vans came back again. They parked in the square.

“Superintendent Nolan got the caravans removed from the square in Lisdoonvarna but they came back again and parked there,” Councillor Slattery added.

“I am in present negotiation with the gardaí in order to try and provide a resolution to this problem which occurs, primarily at weekends, for a couple of weeks each year,” he explained.