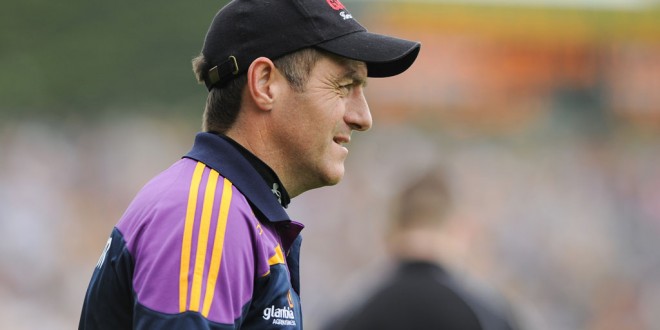 WEXFORD senior manager Liam Dunne believes Wexford have a good chance of winning the county’s first U-21 All-Ireland since 1965.

“Clare play a running game but a lot of our guys were involved with the seniors, who played against a Clare team that play a similar style to the U-21s. If Wexford can be with Clare by half-time in this game, I’ll give them every chance of winning it; they won’t falter, they won’t die. Clare could open them up in the first 20 minutes but if they can hold that off, I think they’ve a great opportunity,” Dunne says.

He masterminded an unexpected victory over the Banner this summer, something almost no one outside the Wexford camp saw coming.

Eight of the senior panel are involved again on Saturday and while he is adamant that Wexford do have a real shot, he is under no illusions about the strength of the Clare threat.

“They’ve (Wexford) beaten Offaly, Kilkenny, Dublin and now Galway in the semi-final. Last year, they beat Westmeath, Carlow, Kilkenny and got beaten by Antrim. They’ve had a tougher road this year but they’re coming up against probably the best U-21 team since the Limerick side of a number of years ago. I feel they’ve a great opportunity to go out and express themselves. Clare have all the big guns, Tony Kelly, Colm Galvin, Peter Duggan and Shane O’Donnell and these guys. At the same time, I give our fellas a 50-50 chance. If they perform on the day they’ve a great opportunity to win. But Clare have all the big guns, all the experience.”

He says it’s actually a very young Wexford side and they should have even stronger U-21 sides over the next few years.

“The Wexford boys are battle-hardened and they have the All-Ireland semi-final defeat to Antrim last year to drive them on this year. The thing about this Wexford team is that there are six of them who were on the minor team last year actually starting on the U-21 team, which is phenomenal.”

Conor McDonald is probably the biggest name on the Wexford teamsheet and Jack Guiney has also proved his worth at senior level. Dunne feels more of the peripheral players will need to step up if the county is to bridge a gap of almost 50 years.

“I sprung him (McDonald) off the bench last year against Clare in Thurles. We were four points behind with a minute and a half to go or whatever it was. He scored a point and I thought it was very good for a young fella, another guy would have gone for a goal. It gave us a chance to get back level with one strike, we got that one opportunity and Jack Guiney got the goal afterwards. I suppose the point I’m making is that he has a head on his shoulders. But if Wexford are going to win an U-21 All-Ireland, it’s going to be the other guys besides Jack Guiney and Conor McDonald that are going to win it, to be honest with you.”

While he says it’s vital that Wexford don’t allow Clare to make a start like they did against Cork, he doesn’t expect the Model County to start with an extra defender.

“They did it in the second half against Galway, they brought out a man for a little while but I think they’ll go 15 on 15 at the start. But I’m not JJ Doyle, they might come out with two men withdrawn!”
Wexford people really got behind the improving county senior side this summer. Dunne expects that there may be up to 15,000 Wexford supporters in Thurles on Saturday, such is the interest in the game. However, he feels some lessons were learned from last year’s defeat to Antrim. “I have to say I’ve been pleasantly surprised that there hasn’t been too much hype since the semi-final.”

Work has been done at underage level in Wexford and he says they have tried to emulate Clare, to an extent.

“There are huge changes going on in the structures. We’re trying to learn from what Clare have done over the last number of years. There was a blueprint for Wexford hurling done out two and a half years ago and it has really been only implemented to its maximum this year. It’s taken that length of time to get the structures in place.”

Dunne is going into his fourth year as manager of the senior side and feels there is still a good bit to go before they are really established as a force again.

“A lot of people would probably forget where we were three years ago, we were in the doldrums to be honest with you. We’re only taking baby steps at the moment. I know we’d a great victory against Clare, it was great to beat Waterford on the back of it, but we got a hammering against Limerick and it brings you back down to earth. We’ve a lot to work on but the U-21 is a stepping-stone to push it on again.”