Home » Breaking News » “We’ll be bailing out each other” 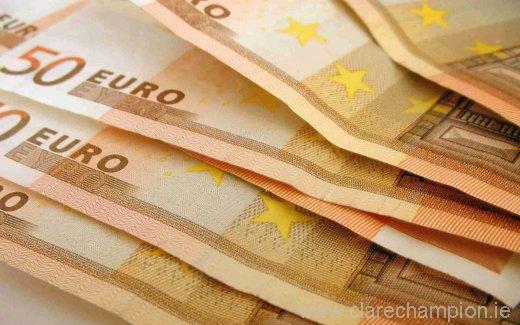 “We’ll be bailing out each other”

WITH massive numbers of people out of work, even the language about the economic shock seems jaded, according to UL-based economist Stephen Kinsella.

“The first thing to note is that we need to come up with new words for unprecedented,” he jokes. “The only time I can compare this to is the Second World War, the Emergency, when everything was rationed.”

So many people who were contributing to the State’s coffers just a few months ago are drawing from them now but can this continue? “You could conceivably keep doing it. It costs something like €200 million a week. Every long month, that’s a billion quid. The stock of debt is slightly over €200bn and we can borrow very, very cheaply.

“If it’s a question of keeping the wolf from the door for lots and lots of people or allowing them to go on the dole, then you should just keep spending the money. Forever isn’t possible but to the end of the year absolutely is.”

Professor Kinsella said there is every chance that the virus will be a huge issue for society for several years to come and new practices will have to emerge. “Have you read the Hammer and the Dance? The first part is
that you hammer the virus down; that’s what we’ve done, it’s very encouraging. Dr Holohan said the virus has been effectively eliminated from the community. That’s amazing; a huge success for everyone.

Whatever about the future, the economy is currently in atrocious shape, with far worse unemployment than in the grim recession recently ended.

In fact, a depression has already begun, he feels. “I think the right way to think about it is that we are in the depression; 28% unemployment. Even at the worst of the last crisis, it was 16%. The question is how quickly we recover. If it recovers in a V shape, it’ll be a very bad recession that everyone talks about for the rest of their lives.

“If it recovers in a U shape, it’s a depression that’s a once-in-a-century event. If it’s an L shape, the economy never recovers because we never learn to live with the virus because a sufficient percentage of the population never develop immunity.”

There is no way of knowing what’s coming in the medium term. “I think the V shape is looking very aspirational at this point. The Department of Finance say that in 2019 GDP grew by 5.5%; this year it will fall by 10% and next year it’ll grow by 6%. That’s a V-shaped recession. The chances of that happening seems low to me but anybody that pretends to know, they’re talking out of their hoop.”

There was a long list of new taxes during the recession, while State spending dropped and dropped. That means of dealing with an economic crisis won’t be available to Irish governments in the next few years, he says. “The one thing that is really clear to me is that Irish people won’t wear more austerity as a result of this.”

Illustrating how difficult it would be to convince the public, he says, “You’ve lost your job, lost your loved ones, your mental health may have suffered, your kids are p****d off and after that, you’re told ‘listen your pay is getting cut and taxes are going up, get over it’.”

Even if taxes go up, the money will go straight back into propping up the country, he says. “I do believe taxes will go up, particularly on employers, high net worth individuals, stuff like that and probably income taxes will go up, but it won’t feel like austerity because the Government will be spending this money on you. We won’t be bailing out the banks, we’ll be bailing out each other.”

Working remotely has been happening to a certain extent for at least a decade but the pace of change has accelerated dramatically this year and Professor Kinsella says it is not going to stop. “I think there is going to be lots and lots of movement that way. The big positive is that organisations will become more efficient. The big negative is that it opens up more competition. You’re speaking to me from your spare room and I’m speaking to you from my spare room but we could be in Hyderabad or Toronto. What’s special about a lad from Limerick when you could get the lad from Harvard?”

Having struggled badly to emerge from the last recession, the rise of remote working does offer an opportunity to rural Ireland. “I think it will. If you can work from anywhere, why would you work from a kip of a commuter town?” Instead, there is a chance to entice people to parts of this county. “What matters is how good is your broadband, can you entice knowledge workers to come and live in Clare? Maybe that’s the next industrial strategy, with all those beautiful homes, all those gorgeous places.”

Owen Ryan has been a journalist with the Clare Champion since 2007, having previously worked for a number of other regional titles in Limerick, Galway and Cork.
Previous “We are in the depression”
Next “There are people who it has been far worse for”