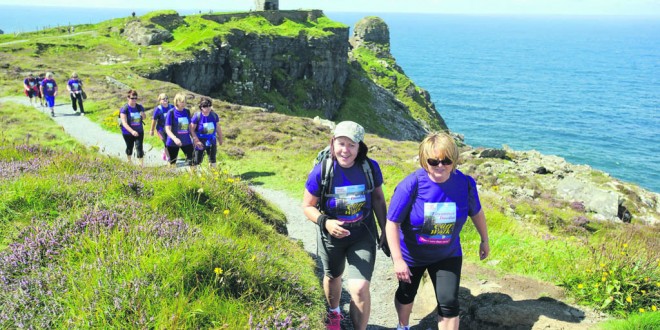 Walkers go past the Hags Head area during the Weightwatchers/Clare Champion Liscannor to Cliffs of Moher coastal walk. Photograph by John Kelly.

It started with just the germ of an idea at a Weight Watchers meeting, where members gather each week to be weighed and to gain encouragement to keep losing weight.

One of the members, Shelly Galvin, suggested that a social outing would be a good way to increase morale and fellowship. By the end of the class, the members decided that they would tackle the walk along the Cliffs of Moher, with sponsorship from The Clare Champion.

As a result, over 50 Weight Watcher members from classes around the county descended on Liscannor last Saturday to tackle the 18km route. Although the weather forecasts were iffy, the day couldn’t have been better, with blue skies and a cooling breeze coming in from the sea.

Spirits were high as the group set off, with a cracking initial pace, despite the sometimes uneven and narrow path. It was wonderful to see the Cliffs from a completely different angle and the views across to the Aran Islands were magnificent.

Just an hour and a quarter after setting off, the lead groups arrived at the half-way point at the Cliffs of Moher Visitors Experience, where picnics were devoured and reserves built up for the trek to Doolin. A visit to the interpretive centre was a must and was enjoyed by many of the walkers.

After the brief stop, muscles had stiffened and it was hard to set off again, particularly as the second half of the walk is reputed to be tougher than the first. Luckily, it’s downhill for the most part and the views are equally spectacular.

Passing through a field on the second leg, two donkeys got lucky with the gift of an apple, which was noisily crunched. They came begging off every subsequent walker that passed.

Eventually, tired muscles made it the finish at Doolin, with most congregating in Fisher Street for a well-deserved drink before returning to Ennis for a meal at The Temple Gate Hotel. Even while some had yet to finish, the talk turned to next year’s route.

“This year was just a trial run – something to bring members together in a social setting to show that exercise can be fun. Next year, we plan to do the event for charity and to open it up to more participants.

“Weight Watchers Ireland fully supported last week’s walk and the hope is that other clubs throughout the country will take on the idea and make it a national event.” she concluded. 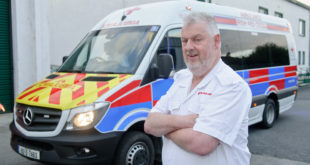