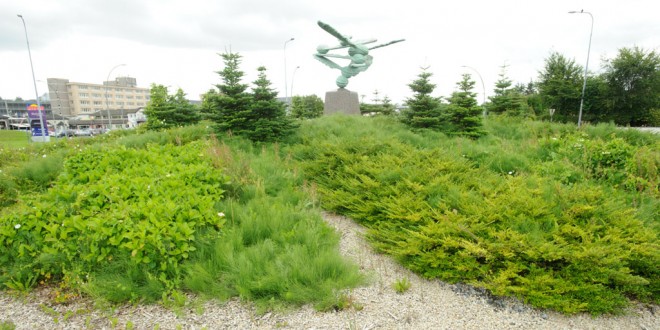 THE appearance of the roundabout at Shannon Town Centre, which is currently beset by weeds, was the target of criticism at this week’s municipal district meeting.

Councillor Gerry Flynn put forward a motion asking that the council “remove all the shrubbery off the main roundabout at Shannon Town Centre. This roundabout is an eyesore due to the amount of weeds and unsuitable planting being done at this location over the years, and that a more suitable plan be put in place to enhance this central location in Shannon.”

“The appearance of this roundabout is unsatisfactory at present, mainly due to the heavy weed growth that has been exacerbated by recent wet weather conditions. Arrangements will be made with the council’s gardening section to tackle this weed issue at the earliest opportunity. Consultation will also be made with the council’s architects with a view to developing a revised plan for the roundabout, given its high-profile location in the town.”

Acknowledging the response, Councillor Flynn said that staff have made “numerous attacks” on the weeds over the years but without any real success.

He also pointed out that it is the first thing that people encounter on coming to the town.

In terms of a solution, he said that whatever is put in place needs to be as low-maintenance as possible and he suggested a brick design but added that “anything would be better” than the current situation.

Councillor John Crowe said there is ragworth there, which is “choking the whole lot of it”.

Councillor PJ Ryan said that first impressions are important and there is a need to take action as soon as possible.