Home » Sports » “We Will Enjoy The Winter With Jack Daly” 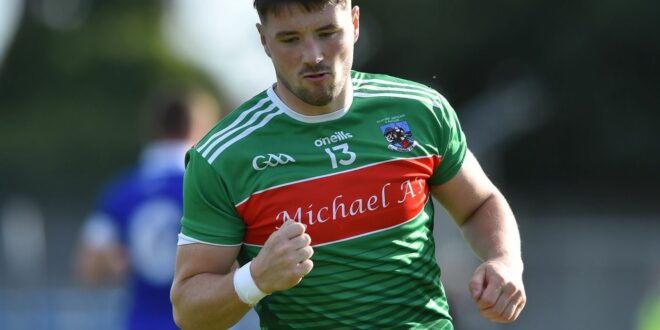 Keelan Sexton is now the holder of three Clare senior football medals since he burst on to the scene midway through the last decade.

The Dublin based trainee solicitor capped off a memorable year with a man of the match performance as Kilmurry Ibrickane captured a first Clare senior football title since 2017 with a three point win over Cratloe.

The county star was once more a leading light in the Bricks attack as he landed five crucial scores to see them over a stern test.

A controversial third quarter square ball decision which ruled out Conal O’Hanlon’s batted effort was a big talking point in the game, and came at a time when Cratloe looked to be edging their way back into the game.

Sexton admits the coolness his side showed under sustained late pressure was a testament to the winning know-how throughout the squad.

“In fairness to Cratloe they threw everything at us and just kept coming so it was really a case of backs to the wall stuff. The one thing you have to say about this team, and I have seen it from being involved with them over the last five or six years, they just know how to win. All those lads know how to settle games down and how to win them and that is great to have. When you get this far and get to a final, it is just a matter of winning that game and thank God we did that. We got there by the skin of our teeth but we are there thankfully and just delighted to be there and get one again” he said.

1-3 of Kilmurry’s total came from the starting six defenders named on the matchday programme with corner-back Mark Killeen raiding for the only goal of the game inside the opening ten minutes. It was a score that would ultimately prove defining, and Sexton, who provided the assist, joked that he had to look twice at who was charging through to take the return.

“When I got the ball on the D, I remember thinking is that really Killeen there coming for it? He is just a super athlete and that is testament to him in the way he can get up and down the field. He is a brilliant defender too and then he sticks in it the net in a county final. Martin McMahon did it here in 2016 so the backs have bailed us out again and that is the thing about this unit. We can get scores from all over the field and the lads at the back make our job that bit easier up front when they are surging through the middle. Having lads like Aidan McCarthy, Daniel Walsh and Dermot Coughlan who are just phenomenal at coming through the middle at pace is something that a lot of teams struggle to cope with. Killeen did the same and thankfully stuck it when he got there too” he smiled.

Having led by five points at the break, Kilmurry saw that lead cut to two inside the closing ten minutes as sustained Cratloe pressure began to translate into scores. That two point gap was never breached, and Sexton pointed to missed chances at the other end as being a regret during that spell. He feels the coolness under pressure by final debutante and goalkeeper David Sexton was a crucial part of the reason Jack Daly was heading west.

“We played in bits and pieces really. We have five minute spells where we were getting it in quick to myself and Noel (Downes). We were able to get the runners off the shoulder and thankfully they were going over. We could have finished off a lot more there up front because I felt in the second half we left four or five points after us but that is credit to Cratloe because they put us under that bit of pressure. Thankfully today those misses did not come back to haunt us and we just got over the line. They kept coming and brought it back to two or three points and there was real pressure on those kickouts. David Sexton in goals deserves great praise for the way he kept his cool and picked out the likes of Martin McMahon, Aidan and even myself for a few at crucial times. They pressed right up and put real pressure on a fella having his first year as a senior goalkeeper but he stood up to the challenge and nailed them every time. It was massive for us to have a goalkeeper who was able to do that and having a defence that wanted the ball so everything just came right for us. The backs bailed out the forwards when we weren’t firing and we bailed them out when we were leaking a few scores and together we got over the line which is the main thing” he noted.

Over the last 20 years, Kilmurry have now garnered nine titles from eleven final appearances. Sexton admits getting their hands back on the famous trophy helps make up for the disappointment of losing out to Miltown in 2019.

“Last year was really disappointing but that is in the rearview mirror now that we are county champions. I have no doubt that anyone who was playing this year will be coming back next year to try and knock us off our perch. We will enjoy tonight and we will enjoy the winter with Jack Daly and that is what it is all about” he concluded.