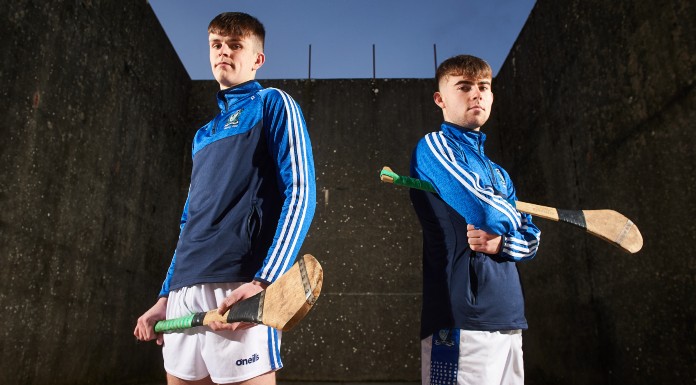 “We Have Been Wishing For This Chance Since First Year” – Hegarty

If St Flannan’s are to bridge that 15 year gap without a Harty Cup title, then having Conner Hegarty hitting top gear is one of their main targets.

The Inagh-Kilnamona clubman has seen plenty hurling in the last few years as he donned the Clare minor jersey in 2018 and 2019, while he has been a central figure in his schools run to the decider.

He is confident there is more to come from this group as they build up to their biggest day in the provinces biggest schools hurling competition.

“We did not really start off well in our first game in the group. We got the win but we did not really perform well. Since then, we have kicked on a bit and we are playing well at the moment but we know there is plenty more to do. We have had to come through some really tough battles along the way and that probably the ideal way to have it. If we were winning games well and pulling away, we may not have learned as much about ourselves as we have. That is the way you really want to be going into a final having been tested. The semi-final was a really tough battle and that is the best for us. Templemore put it up to CBC in the group stages so we have a fair idea what we are up against now in the final” observed the joint captain.

With the vast majority of the squad having seen action for Clare at underage level, it means they have had plenty opportunity to get familiar with each other’s style of play. Hegarty feels that has created a bond which manifests itself when they cross the white line.

He said: “This has been something that the whole squad has worked really hard to achieve. It is not just the subs who are coming on during games, but it goes right down to the lads who may not make the match-day squad. Everyone is really pushing each other so hard in training and there is great competition within the squad. We are a real unit and everyone is working really hard for each other. We have been playing with each other now for a good few years between school and county, and we know what it is like to play against each other too for club so there is a real sense of familiarity there. We know each other’s strengths and weaknesses and that is a great thing to have in a squad”.

Along with their management team, the squad will also have access to plenty knowledge and advice from within the school community with the likes of John Minogue, Jamesie O’Connor and Gary Brennan all on the school staff. The water boys for the Harty team are no slouches either, and Hegarty outlined how their experience told in the closing stages last time out.

“We have great GAA people involved in the school and to say that Tony Kelly and Jack Browne are our two water boys is just unbelievable. You won’t get that calibre of people involved anywhere else and it is great to have. In the semi-final, I was asking Tony Kelly how long is left and he told me seven minutes. It turned out afterwards that there were only about two minutes to go but Tony kept telling me seven minutes left. When the whistle went, I was shocked and could not understand how seven minutes could have passed so quickly, but that was what I needed to keep me pushing on right to the end” he recalled.

Hegarty has no state exam distractions this year with the Leaving Cert not on the horizon until the summer of 2021. He is still not sure what future career he wants to pursue, but did show a slight preference toward a profession like teaching which he hopes would leave him enough spare time to continue his promising hurling career. There are a number of players who will be eligible for the Harty Cup again next year, but Hego is focused solely on the opportunity coming down the tracks this weekend.

“It is something we have been looking forward to since first year really. Mr Bugler and Mr O’Grady have been always talking about it and hoping we would get there so it is brilliant to be there. They brought us to a Harty Cup final when we were in first year and it was great to experience what that day is all about. It is going to be a massive challenge for us but it is one that we are really looking forward to. We didn’t really set it out as a target at the start of the year, it was more about being ready for that first game and seeing where it would take us. That is all we have concentrated on since then, the next game and being ready for that. Personally, I just love playing hurling with this bunch of lads. We are all best friends and it makes it really enjoyable so hopefully we can push on another step” he said.