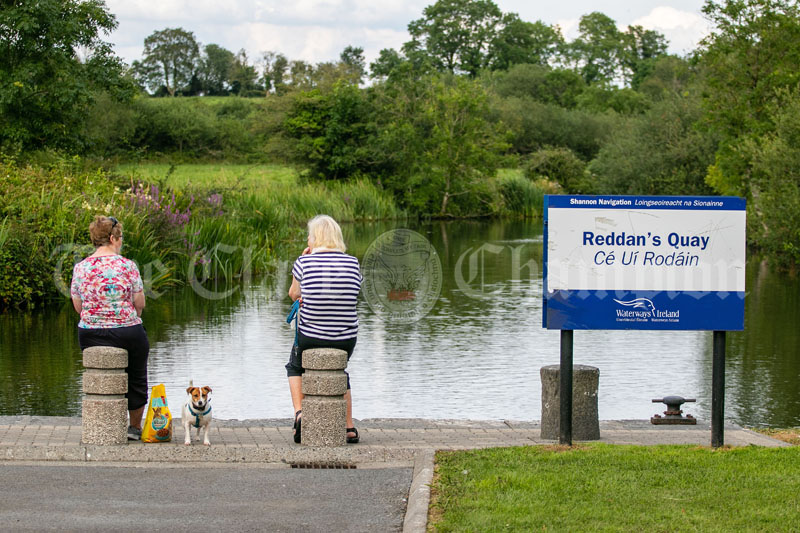 CONSTRUCTION on a section of the proposed Shannon Greenway, which is set link Scariff to Limerick, could begin by 2023, bringing a welcome tourism and business boost to East Clare.

An update on the greenway, which will run the length of the Shannon and originate in the Leitrim/Roscommon area, was given by Éanna Rowe, Regional Manager with Waterways Ireland at an active travel briefing last Thursday night, organised by Senator Róisín Garvey.

Mr Rowe is responsible for the management, maintenance and development of the Shannon Navigation. He told the briefing that the greenway will form an integral element of a new tourism masterplan for the Shannon, which is due to be published shortly.

“We’re working within [Fáilte Ireland’s] Hidden Heartlands brand and, to that end, we’ve just completed The Shannon Tourism Masterplan,” Mr Rowe outlined. “We hope to publish the plan in February. It’s the first time there has been single unitary plan for the Shannon, from any perspective. We’ve had our full round of consultations and have a really exciting ten-year strategy ahead of us now for the development of the Shannon from a tourism perspective. We’ve taken a thematic and experiential framework. The key themes are The Mighty River of Ireland, The Natural Timeless Shannon, and also The Shannon Journeys and Adventures. These are all themes that the proposed greenway along the Shannon ticks the box for.”

Mr Rowe outlined progress currently being made in three areas in relation to the Shannon Greenway. Close to the source of the river, Roscommon and Leitrim County Councils and Coillte are working  with Waterways Ireland to link Lough Key Forest Park through Boyle to Carrick-on-Shannon. That part of the greenway is set to link to the exiting Shannon Blueway, a cycle and walkway, which connects to 100km of canoe trails.

In the mid-Shannon, Longford, Westmeath and Offaly County Councils are working with Waterways Ireland and Bord na Móna to link Lanesboro to Clonmacnoise. This section of the greenway will also link directly to the Royal Canal Greenway and the Grand Canal Greenway.

In this region, Mr Rowe outlined how it is hoped that planning permission will be sought next year for the Scariff to Limerick element of the greenway. “Over time, we would hope to link Scariff to Portumna and possibly into the spur which is going to go from Athlone across to Galway,” he added. “At the moment, we’re working with Clare County Council with Limerick City and County Council and with the ESB. We also want to link the greenway to the existing Lough Derg Blueway, which is 180km of canoe trails with 21 individual canoe journeys on it, it’s hugely popular.

“From Limerick to Scariff, the greenway route ticks key boxes. It links the settlements and communities from the heart of Limerick City. You do want to be getting multi-use out of a greenway, they’re not just for tourists. These can be public transport facilities. So, the proposed route would start in the heart of Limerick at The Absolute Hotel, travel out the Park Canal through UL on to Clonlara, up to O’Brien’s Bridge, into Killaloe, Ogonnelloe and to Tuamgraney to Scariff. So, it’s linking all of those communities and settlements and go right into the heart of them, bringing an economic stimulus, providing opportunities for business activation and jobs, but also, and most importantly, providing an outlet for community use. It also would be linking attractions like the Georgian heart of Limerick City to that wonderful piece of engineering that is Ardnacrusha up to Parteen Weir, which again is another piece of unique engineering, to St Flannan’s Cathedral, the Brian Ború fort and St Cronan’s in Tuamgraney, etc. It also showcases the various landscapes and environment from the Park Canal, now disused, also the Erinagh Canal over the Black Bridge, currently close up on to the Head Race to the Parteen Basin along the shores of Lough Derg up to the height of Ogonnelloe, looking down on Inis Cealtra and maybe along the Scariff River. Again, it’s about that unique experience.”

In relation to the design of the greenway, Mr Rowe said it is planned to integrate with the natural environment. “We would use a three to four metre wide base on our tow paths,” he explained. “We would also leave the verge space and the canal or river vegetation. It’s soft engineering. This is the kind of design we would have done up in the North Shannon as part of The Shannon Blueway. It’s not black top, but crushed stone and flows very nicely with the natural environment and allows multifunctional use. There may be stretches of it where we may have to go onto the water. We constructed Ireland’s first floating boardwalk at Acres Lake outside Drumshanbo. We opened this four years ago and in its first year, it attracted 120,000 visitors and Drumshanbo has just thrived on the back of it.”

In terms of progress to-date with the Scariff to Limerick section of the greenway, Mr Rowe noted that a steering group involving the local authorities and the ESB has been established. ‘The reason the ESB are involved is that they are a significant public land owner in this area,” he said. “We have scoped out some of the outline routes and have received State 1 funding from the minister’s department to commission and complete a feasibility study, undertake route selection, preliminary environmentals and then our Phase 1 consultation. We have been out on the ground pre-Covid, and during the easing of restrictions, talking to the landowners and the communities, getting our homework done. In 2022, we would hope to undertake the appropriate assessments, the detailed design and, with a fair wind, seek planning permission. All through this we will have consultation, even during the implementation phase.”

Fiona McGarry joined The Clare Champion as a reporter after a four-year stint as producer of Morning Focus on Clare FM. Prior to that she worked for various radio, print and online titles, including Newstalk, Maximum Media and The Tuam Herald. Fiona’s media career began in her native Mayo when she joined Midwest Radio. She is the maker of a number of radio documentaries, funded by the Broadcasting Authority of Ireland (BAI). She has also availed of the Simon Cumbers Media Fund to report on development issues supported by Irish Aid in Haiti. She won a Justice Media Award for a short radio series on the work of Bedford Row Project, which supports prisoners and families in the Mid-West. Fiona also teaches on the Journalism programmes at NUI Galway. If you have a story and would like to get in touch with Fiona you can email her at fmcgarry@clarechampion.ie or telephone 065 6864146.
Previous Cormac brings Clare coast to life online
Next EBCF to move online this March, with live events planned for September 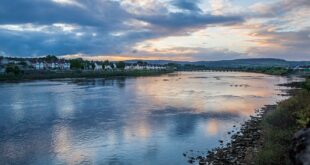 Walks at windfarms proposed for Clare