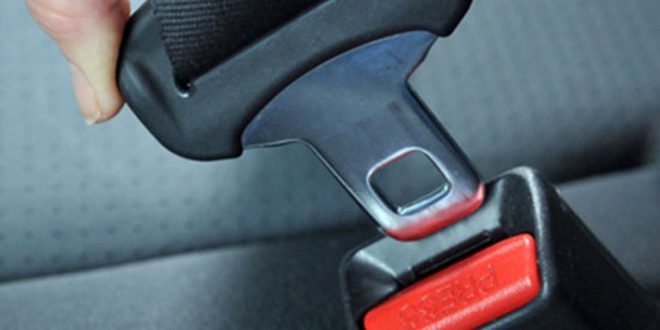 Warning to women on seatbelts

The Road Safety Authority (RSA) has launched a new digital road safety campaign focusing on the misuse of seatbelts by women. The campaign entitled “Get This Season’s Killer Look”, is aimed at discouraging women from wearing their seatbelts under their arm, which can cause horrific injuries in the event of a collision.

· 28% admitted to misusing a seatbelt by wearing it under the arm, rising to 35% among younger women.

· While seatbelt compliance is consistently very strong among young females, it is not universal: e.g. 23% do not always wear a seat belt as a rear passenger.

Commenting on the new campaign, Moyagh Murdock, chief Executive, RSA, said “How you wear your seat belt is as important as whether you wear your seat belt or not. Worryingly, whether for comfort or vanity, many women choose to wear their seatbelts under the arm, instead of over the shoulder, which exposes them to terrible injuries and even death in the event of a crash. Placing the shoulder strap of the seatbelt under their arm leaves your upper torso — including your neck, face and head — completely unrestrained during a collision.”

“My message to anyone who wears their seatbelt under their arm is simple – wear your seatbelt correctly. The belt should be worn diagonally across the wearer’s chest on their shoulder and never under the arm. If it feels uncomfortable, adjust the height of the belt on the anchor point on the door frame or adjust the seat position and height. Most importantly of all avoid getting “This Season’s Killer Look” because you didn’t wear your seatbelt properly.”

The campaign will feature primarily on online in a bid to reach young women where they spend the majority of their free time. It will be fronted by a 30 second ad that will be deployed on ‘Video On Demand’ (VOD) platforms. The “This Season’s Killer Look” Public Service Advert is centred on a young model, posing for a fashion shoot in a glamorous car. As the shoot progresses, the model puts on her seatbelt and places the belt under her arm. Suddenly, the model is thrown violently forward and the scene switches to an eerie x-ray world where we see clearly the devastating injuries sustained in a collision. When we switch back to reality, we see the model is wearing a neck and body brace and has scaring on her face. Lifelong injuries now replace her glamorous look. The campaign slogan invites viewers not to get – ‘This Season’s Killer Look’ – by never wearing a seatbelt under the arm.

The Road Safety Authority (RSA) has launched a new digital road safety campaign focusing on the misuse of seatbelts by women.
Previous UL professor’s fight against bacteria
Next Drive to cut unemployment continues