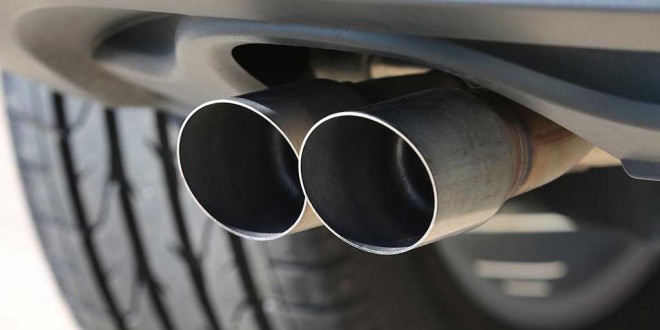 Volkswagen is in trouble over its diesel exhaust emissions.

It’s unusual to see a motoring story dominating the headlines, and when it happens, it’s usually bad news.

The Volkwsagen emissions debacle is without question one of the biggest stories of the year and already it has caused a lot of grief, with the company’s stock price having taken an enormous hit.

That’s not the end of the story though – this one will run and run and may become even bigger as we understand more about it.

But what did happen exactly? To get some background, members of the Irish Motoring Writers Association went to DIT in Bolton Street earlier this week to learn about the technologies behind emissions systems and get a feel for what had happened in America.

It may come as a surprise to most, but the initial tests marking the start of this saga took place in 2014. An independent lab wanted to demonstrate the cleanliness of modern diesel engines so they carried out real world tests on a number of vehicles, including a Volkswagen Passat and a BMW X5.

While the BMW was found to conform to what its makers said it would do, the Nitrous Oxide emissions from the Volkswagen were found to be up to 40 times greater than what they should be. The findings were immediately reported and Volkswagen initially put their hands up and said that this was an anomaly that could be fixed with a software update.

That obviously wasn’t the full explanation and it took until September 2015 for Volkswagen to reveal that they had installed software in millions of cars, both in the US and Europe, designed to detect when its emissions were being tested and only then switch on the full gamut of emissions control devices.

The device in question appears to be the Exhaust Gas Recirculation valve, which is responsible for directing part of the exhaust gasses back into the combustion chamber. This robs the cylinder of Oxygen, reducing the combustion temperature and consequently reducing the production of Nitrous Oxides

The obvious question to ask is why cheat the system? It seems clear that the answer lies in the fact that the cars are well capable of meeting the emissions regulations, but meeting those regulations reduces both engine performance and fuel economy. If the emissions technology was fully operable all the time, the official fuel consumption and CO2 figures could be as much as 5-10% worse.

It should be borne in mind that in Europe, our testing focusses far more on CO2 and in many countries, Ireland included, road taxation is based on CO2 figures. The catch now is that if the NO2 problem is fixed via software, it may well be accompanied by a rise in the official CO2 figure of the car. This in turn might push the car into a higher tax bracket. What happens then? Will the Government come after the hapless owner for the extra VRT and road tax due or as seems more likely, will it be beleaguered Volkswagen who will be expected to pick up the tab.

It has to be emphasised that if you own or drive an affected car, there’s no need to panic. Your car is still the safe and economical car that you originally bought, either new or second hand. Over time, it will become clear how this crisis will be dealt with, but in the meantime, enjoy your car as before.

We’re still not entirely sure which engines in Europe are affected but in general terms, we’re talking about Volkswagen group four cylinder diesel engines from 2009-2014, with capacities of 1.2, 1.6 and 2.0 litres.

The latest diesel engines now being sold are EU6 compliant and are not affected. EU6 is a more stringent environmental standard, and to meet it, most manufacturers have fitted their engines with Selective Catalytic Reduction, which injects small amounts of a urea solution into the exhaust system. The urea solution is more commonly known as AdBlue and has been used on commercial vehicles for years. Buyers of modern diesels will have to get used to topping up the AdBlue tank regularly, generally when the car is being serviced.

In the wider scheme of things, we can take this whole sorry mess as a salutary lesson that compliance with standards shouldn’t be taken for granted. We should also acknowledge that the days of small diesel engines may be coming to an end.

The extra equipment needed to make a diesel engine EU6 compliant adds considerably to the build costs and may make diesel engines economically unviable for use in smaller cars.

Diesels were never designed for stop-start city driving but that’s precisely how a lot of them are used on the road, having been bought solely to take advantage of cheap road tax.

We now have a wide choice of small, efficient, petrol engines, so when the time comes to next change your car, it may be appropriate to consider a switch back to petrol, particularly if your mileage isn’t massive. 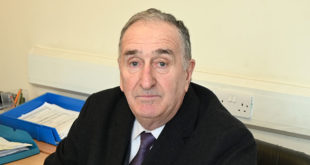