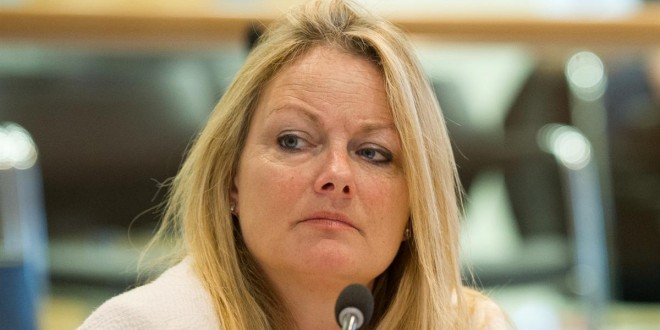 A sledgehammer is believed to have been used in suspected vandalism at John O’Sullivan Park (Lee’s Road) and calls are now being made for the introduction of CCTV cameras in the popular park.

Councillor Mary Howard told a meeting of the Ennis Municipal District that “over the past number of weeks there has been evidence of vandalism on the walking trails.”

“Since May there has been evidence of young trees, saplings and branches being broken on a walkway locally called Bluebell Alley, there was also evidence of large rocks being both smashed and removed from the trail. This is creating a very dangerous ground surface for trips and falls. This destruction was not witnessed but it would appear to have been done after the park closed at night time as the trail is well used by walkers and runners throughout the day.”

She said the damage to the rocks appears to have been caused by a sledgehammer, adding that the holes left in the ground are a risk, leaving the council open to potential claims in the future.

She added that some of the fairy doors in another part of the park have also been smashed, and Councillor Howard fears this may be linked.

“Lee’s Road is the jewel in the crown of Ennis” and should be protected, she said. “This behaviour can’t be tolerated, we are the envy of every town and county when they see what we have here.”

The motion was seconded by Councillor Johnny Flynn.

Responding to the calls for cameras, Tim Forde, Head of Sports & Recreation stated, “From a Sports & Recreation perspective, we have noticed a big increase in cycling activity in Lees Road since Covid-19 arrived and changed the dynamic of exercise.  Our users have informed us of this and also the interference to the ‘Bluebell Alley’ area as described by Councillor Howard. We are monitoring the situation and are doing remedial works to return the area to its original state. Unfortunately, we do not have a budget for CCTV or trail cameras, but the team will continue to discourage this behaviour.”