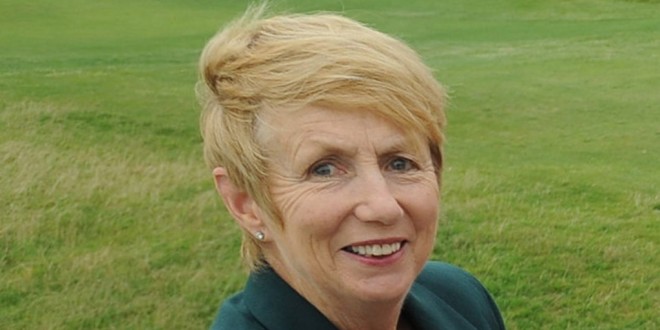 WELL-known Ennis golfer Valerie Hassett has been appointed president-elect of the Irish Ladies Golfing Union. She will take over as president in January 2015 when current president, Mary McKenna, will have completed her two-year term.

Valerie is currently lady president at Lahinch Golf Club and her appointment is well deserved, following a successful career as player, official and administrator. She is a past captain of both Lahinch and Ennis golf clubs.

After being introduced to the game by her parents on summer holidays in Skerries, Valerie’s love for the game grew under the expert tuition of Bill Kinsella Snr. She was a regular on the nationwide tour of Ladies’ championships and Scratch Cups and represented Munster at inter-provincial level for 25 years before retiring in 1999.

She made her senior ladies’ international debut in 2003 and represented Ireland for a further seven years.

In 2007 she was a key member of the Ennis ladies team that, at Milltown, defeated Royal Portrush to capture their first Irish Senior Cup pennant, appropriately in the club’s centenary year.

Arguably one of her most memorable moments on the golf course was in 1998 when she reached the final of the US Seniors in Virginia. Valerie had already captured the British Seniors title at Pyle & Kenfig in 1996 and was runner up three times through to 1999.

She has served as National Junior Convenor and currently sits on the ILGU’s National Course Rating Committee having held the role of national assessor for almost two decades.

Valerie is well known for valued insight into developing the game at all levels and is never short of an encouraging word for her fellow competitors, in particular talented juniors. In 2004, she presented the Valerie Hassett Cup for which the girl golfers of Clare and Limerick do battle each summer time.

Valerie, her husband, Jim, and family have been members of Lahinch since 1969. She has represented Lahinch on inter-club teams over the years and was team manager (playing) on the Ladies Senior Cup team that was narrowly defeated in the All-Ireland final last September.